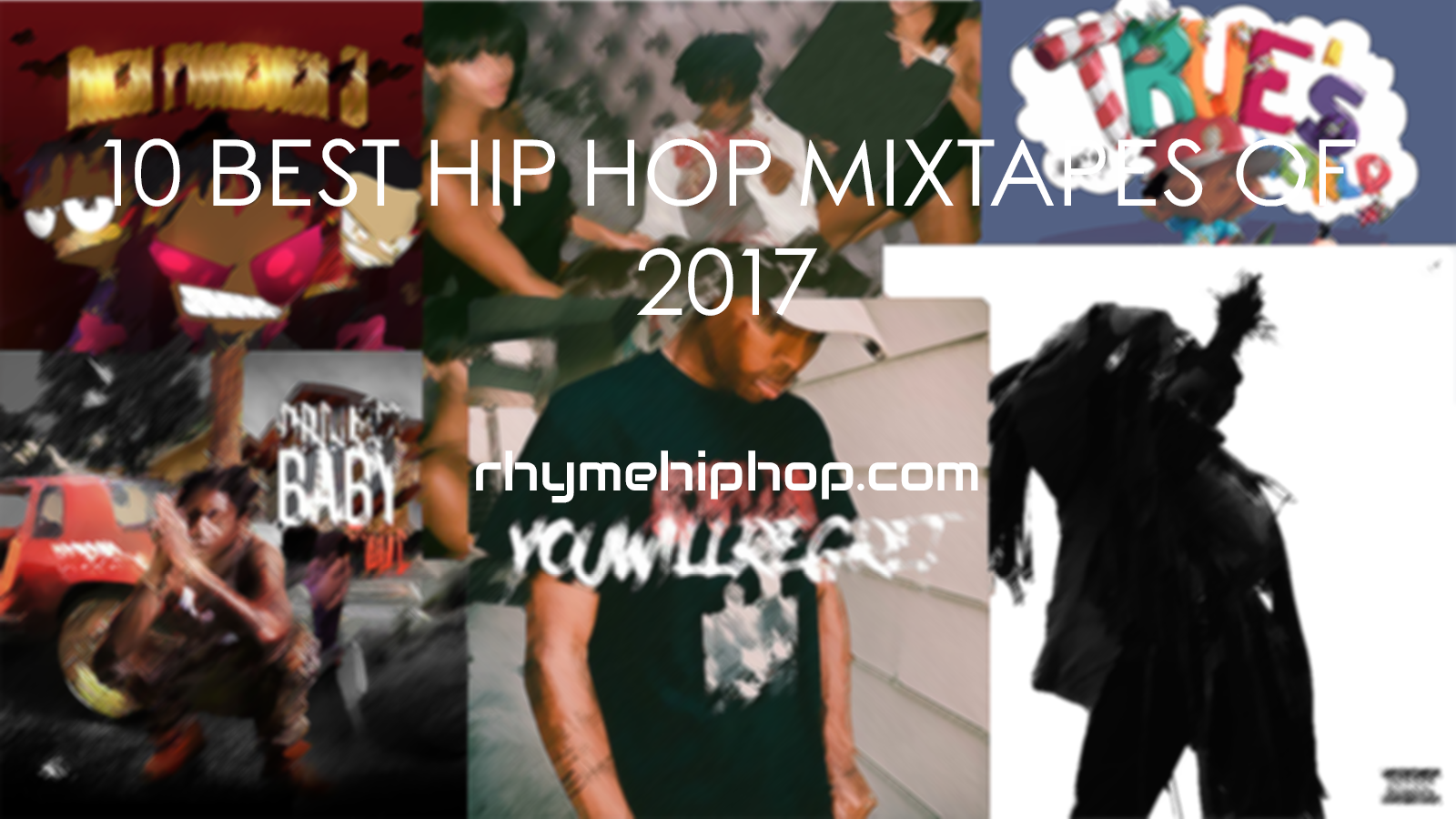 If you haven’t already checked it out, we ranked our 15 best hip hop albums of the year here. In this article, we take an in depth look at the 10 best hip hop mixtapes of 2017:

Coming in at the 10th spot is Kodak Black’s Project Baby 2. This project was a sequel to his first Project Baby. This mixtape is tailor made for Kodak’s strengths. Kodak doesn’t significantly change his style or flow on any of the tracks, but that’s not to take away from the amount of bangers that are on this project, and there are a lot of them. The deluxe version of this project runs 27 tracks deep. The features are also nice highlights on this project. We get guest verses from Lil Wayne, XXXTENTACION, Offset, and even Birdman. Even though Kodak has never been a great lyricists, we get some of his most personal and heartfelt lyrics on this mixtape; it is definitely his best work yet.

Politics have been the influence behind many many 2017 projects. Some bigger names addressing these political and social problems like Joey Bada$$, Kendrick Lamar, Eminem, and Snoop Dogg all play a huge influence in the young generation. Snoop’s latest Make America Crip Again, has earned a difinitive spot in our list. Snoop’s ability to fit into the younger generation of hip-hop while delivering a stone cold message is one of the components that makes him one of the most dominant older emcee’s. Leading off the political track “M.A.C.A.,” Snoop degrades Trump and represents the unequal sociality of the black community. All lyrics and messages aside, the tracklist is fit with many high frequency bangers, and enlists some top artists like Chris Brown, Shon Lwon, for some crispy hooks.

At number 8 we have Without Warning which served as a collab tape between 21 Savage, Offset and Metro Boomin. This mixtape had a perfect vibe to it as all 3 artists complemented each other excellently. This mixtape is full of bangers from the beginning to end. It also did a nice job of not overstaying it’s welcome and getting too repetitive. If your a fan of the mumble rap wave of hip-hop, this project might be in your classics category. Contrary to that, if you listen to hip-hop for lyrics, avoid this mixtape.

One of the most dynamic new duo’s to emerge in 2017 has been the Dom Kennedy & Hit-Boy duo Half-A-Mil. Earning quite the reputation with three installment’s to there “Half-” EP’s. Stepping up production and rhyme’s, “Courtesy Of Half-A-Mil,” takes No. 7 in the top 15 for the year. Throughout the whole project, the beats are laid back, yet super bouncy which contrasts with each other for a very unique sounding production. Both Dom & Hit each go back and fourth throughout the songs with that west side beach taste. Appearences from Ty Dolla $ign, Jay 305, Larry June, and others make the rhymes even that more enjoyable.

6Jacquees – Since You Playin’

Jacquees has madly stepped up his game for 2017 with the Summer mixtape “Since You Playin’.” Blending R&B & Hip-Hop, Que’s improvment from 2015’s “Mood,” tape has taken it up a level. Jacquees likes to utilize soft electronic sounds, and blends them with his dynamic voice. If you notice in his songs, Que is mixing and matching with his backround ad-lib noises and the song gets flooded with a perfect amount of vocalization. Enlisting similar style artists like Quavo, Ty Dolla $ign, Tory Lanez, Tank & more, the blend is very nice, and makes the mixtape very enjoyable.

In terms of raw talent, Madeintyo has earned one of the top spots in 2017’s XXL Freshman. Obviously known for his hit singles “Uber Everywhere,” & “Skateboard P,” Madeintyo’s true talent is forseen through his latest mixtape “True’s World.” Only packed with 6 tracks, the small EP, shows some raw rhymes and relaxing vibes. Madeintyo’s versatile voice shows he can go over any type of beat. Whether it’s the smooth bass-heavy “True’s World,” or the sharp jagged, fast paced “Too Quick,” Madeintyo delivers all types of flavors in such a small tape which makes it a very enjoyable project.

Ski Mask The Slump God has had, hands down, the biggest year of his career. The “Catch Me Outside” artist has done numbers, and has yet to see a full studio released project. On his EP YouWillRegret, Ski Mask solidifies himself in the industry and shows what he’s capable of under the vocals and production. His corny comic lines mixed in with truth lyricals make Ski one of the most versatile artists out there. His intense flow and unique sound proves Ski Mask will be one of the biggest rappers of 2018, and he’s preparing to drop his new mixtape Beware Of The Book Of Eli within the next month.

Rich The Kid and Famous Dex hyped up Rich Forever 3 to an unexplainable point, and we can see just why they did so. The project served as an intro to their newest signee, Jay Critch, who has seen numbers since he blew up. Rich Forever really gave Critch a platform to grow, and it worked out for all three artists. Rich The Kid had his biggest hit this year, “New Freezer” with Kendrick Lamar, and he is continually advancing into one of the biggest trappers. We have both Rich The Kid and Famous Dex’s debut albums dropping soon, and we can expect hits to be made on both.

The wait for this project was enormous, and people have been hyping up this project for YEARS. Literally. When it dropped, it really did live up to those expectations. Carti brings a great delivery and the flow switch was pretty insane from his previous tracks to his project. He brought something new to the trap side of things, all with the help of Pi’erre Bourne. This newly found trap sound gives Playboi Carti a top spot, and the artist is just beginning with his content drops.

Denzel Curry has blown up ever since being on the XXL Freshman list, and his critic reviews just keep going up. His talent combined with the spit-swap flow production really gave 13 and advantage as an EP. Denzel’s scream-sound isn’t what makes him unique, rather his talent and artistic way of conveying a powerful message. That’s exactly what he did in 13 giving it a top spot on the list. Hopefully Taboo will release soon, and it might serve as Curry’s biggest project to date.