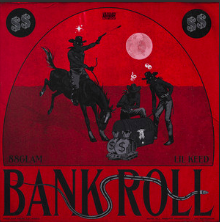 88GLAM is back with a big single titled “Bankroll” featuring Lil Keed who is blowing up this year. 88GLAM brings this to us about 7 months after the release of their deluxe album titled “88GLAM2.5”. The Toronto group, 88 Camino and Derek Wise, have slowly been growing their sound since the two released their debut studio album in April 2018.

Their first single of 2019 comes at us hard featuring tremendous vocals from Glam and the usual whiny, on beat stuff from Lil Keed. Hopefully we can expect more from both camps before the end of the year but for now chew on this.