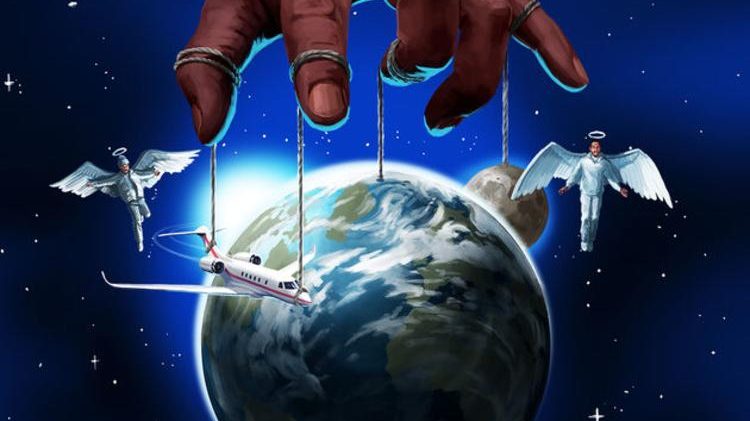 One of 2017’s biggest blows up artists A Boogie Wit Da Hoodie has one of the most diverse sounds in the game. Combining his inner New York rap flow with his charming soulful R&B voice, A Boogie’s sound can just about go anywhere in a hip-hop song. A Boogie’s growth from his debut album Artist to The Bigger Artist to now International Artist, shows the High Bridge rapper’s true expansion through his new music.

Delivering his eight-track project, Artist stays true to the title exploring different international styles throughout each track. Each track also is equipped with an artist from there area of music. Exploring the southern dancehall vibe, Boogie’s diversity on the album ranges from Jamaican danchall, to Latin Trap, to Reggae.

While southern Jamaican/Nigerian music has been making a mark in the U.S. pop and hip-hop scene, it felt right for Boogie to incorporate his own music into the scene. “Way To Fly,” featuring Nigerian singer Davido fits the narrative perfectly as arguably the best song on the LP.

Boogie shows similar tropical styles with “Nonchalant,” featuring Alkaline and “Deja Vu” featuring J Alvarez. With production airy and simple, the main focus in the tracks is on the use of their vocals almost as intsruments to carry to beat.

Visiting the American pop culture, A Boogie grabs Kap G for his “MIA,” song which contains a techno melody with some sharp 808’s. Artist and Kap exchange bars about always being on watch for their safety due to their high status.

One of Artist’s best abilities throughout the LP is his originality, each song not only unique beats but unique and original ideas for his music.

One of the most unique and special tracks on the LP “Check,” the albums closer track with RAYE finds A Boogie going over an up-beat spanish guitar jig. His versatility over the Spanish element is quite a treat and finishes the album strong.

Managing to blend all the various styles into one small project, International Artist comes to be one of his best projects yet. While the features were heavy and carried some of the weight, they were neccessary and blended the project even better. Growing his style, A Boogies growth has improved tremendously, and built some heavy anticipation for the future.