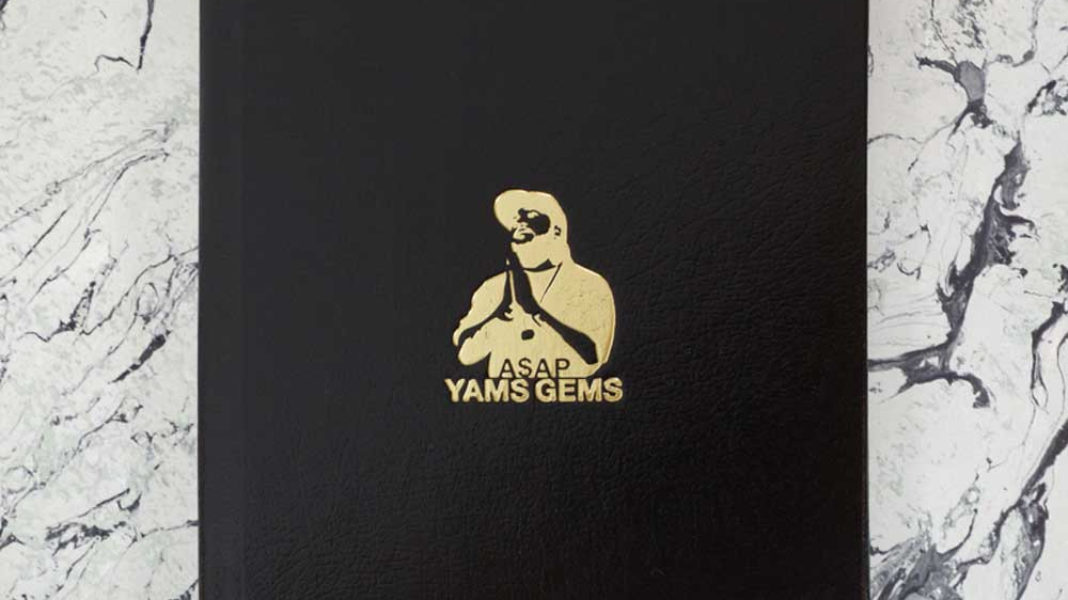 In honor of A$AP Yams, the A$AP Mob will release a book of his best tweets.

A$AP Yams will be honored once more with the release of a book with his best tweets in it. As most of you know the A$AP Mob dropped a group tape Cozy Tape Vol. 1, in honor of their fallen mate Yams. To add to the celebration of his life, they will be releasing a book filled with all of his best tweets.

Titled A$AP Yams Gems, the book is now sold online for $45. All the proceeds with go to the ASAP Foundation, which is dedicated to bring awareness and prevention of drug abuse.

Opioid use and the mix of different drugs is what caused Yams to pass and his mother and many other people in the foundation are working to make sure it doesn’t effect anyone else.

“Was he aware of the potential dangers of mixing opioids with other sedatives? I certainly wasn’t,” she wrote. “Even if it makes us uncomfortable, I wish public health messages about drugs were more clear and simple in emphasizing real concerns as oppose to hyping less likely outcomes.”

“To be clear, I recognize that parents, including me, should discourage drug use,” she continued. “But, you should also know that my son wanted to get high, not die. And because this is the case for many young people, whether we like it or not, we should do all we can do to keep them safe and alive. It’s the humane thing to do.”

Hopefully the book will do well and add some comic relief to the sensitive subject, as well as go for a good cause. Purchase your copy here, and stream Cozy Tape Vol. 1 here.