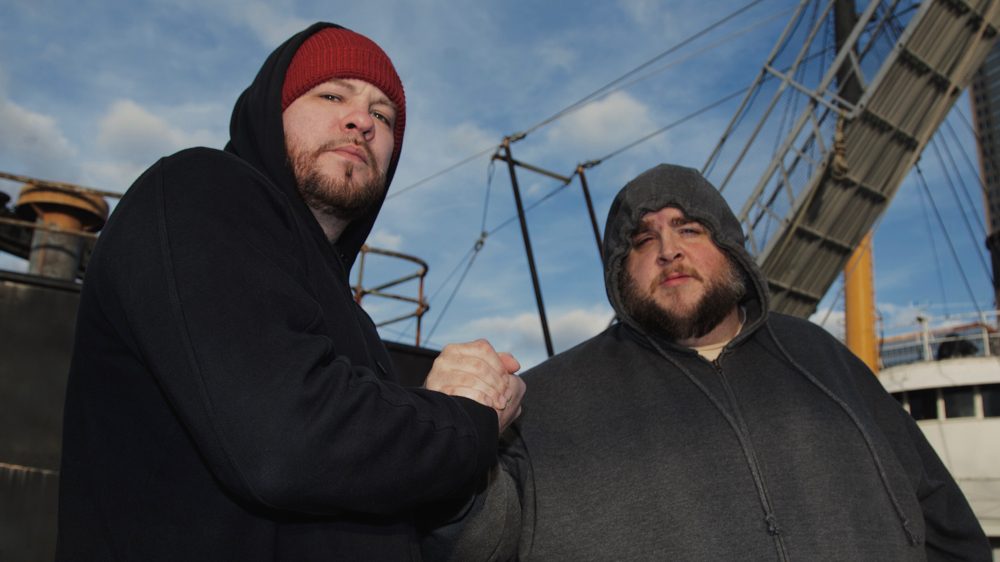 Stream “Think of That” from Diabolic and Vanderslice.

The duo of Diabolic and Vanderslice plan to bring true hip hop back to the table, and today we are delighted with a pre-leak from their forthcoming album. The two share nothing but chemistry as they team for an all-in-one masterpiece.

Diabolic takes stabs at two of his adversaries, Talib Kweli and Immortal Technique, whilst calling out the fakes of the industry. Vanderslice keeps it choppy and provides a stellar production with a fierce sample on way to accommodate ‘Bolic’s undeniable flow.

The track is the first to come off their album Collusion, which is set to release on April 12th (digital & CD), and on April 13th (vinyl) for Record Store Day. You can pre-order the full length effort below, but as we await the project, chew on their newest collab above.