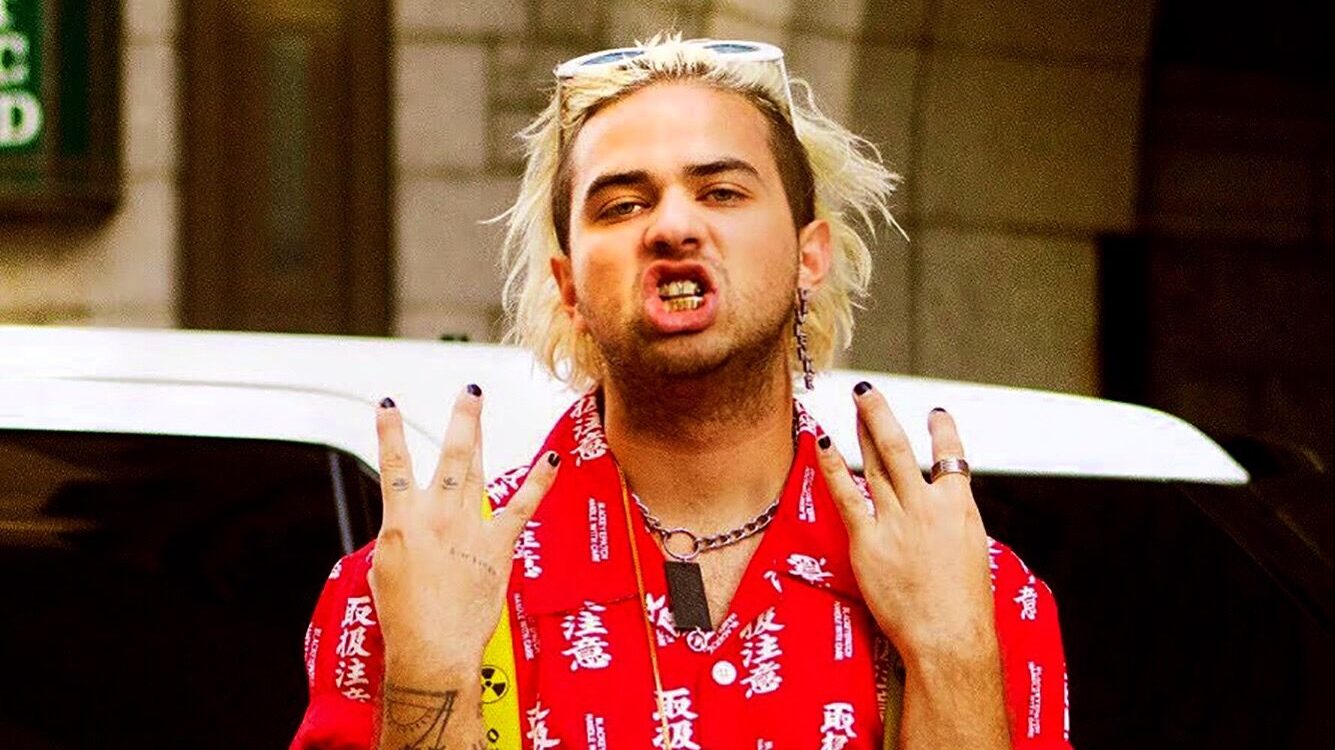 Jack Bruno is surfing through the music industry on his own tide.

The L.A. native and outspoken pioneer Jack Bruno is bringing a unique subset to the table, and hip hop should be thanking him. With new sub-genres shining a major light in the mainstream, Bruno is taking these elements into his own hands. His most recent project 0001 made a statement in this respect, combining the sheer essence of punk rock into an infused hip hop style. However, he told me this is just how he makes music, proving the originality and appeal he brings whilst sticking to himself through the process. Jack has even attracted the likes of Hit-Boy, Playboi Carti, and Smokepurpp, but these cosigns are just the start of what’s to come. We’re banking on his next project Put Your Name On It, which we can expect to continue his stride into more success. Check our exclusive interview with Jack Bruno below.

How would you define your style and overall appeal?

My style is like – I just do whatever the fuck I want. People pick up a lot of punk rock shit from my style, that’s my background and I was in a lot of different punk rock bands. When I started doing hip hop and rap, that to me is the modern punk rock. It’s how people communicate now, which was simply a very natural transition to me. I think people like my shit because I just do my own thing, which is hard to do nowadays when people are only telling you about their own opinion.

Who are your biggest influencers outside of hip hop?

6ix9ine is a big influencer for me, I toured with him. He just does whatever he wants to do regardless of what other people want him to do, as an artist at least. But outside of hip hop? I’d say Freddy Mercury, Nirvana, Sex Pistols, Blink-182, Green Day. That’s all the shit I grew up on. They always looked like they were having the most fun doing music and doing whatever they wanted to do.

Who are your dream collaborations and why?

You know who would be fucking sick to collaborate with? Lady Gaga. Collaborating with rappers is cool, but unless your making a project vs. making a song, it’s usually not a super thought-out process. That’s usually how the typical rapper collaborations go, you give a verse then they give a verse and you’re just like “oh that’s tight”, but for the most part you’re just making shit up on the fly. It’s fun, but I think to work with someone who is coming at it from a different angle, like Lady Gaga would be a lot different and way more fun.

What is key to breaking in the music industry?

Positive attitude. Believing in yourself. You really have to know what you want to do and block things out. Once you get into the music industry you’ll be going to all these meetings with people bullshitting you. You’re going to be getting people who want you to change your style. Ask questions though, you’re asking me to change my style and what I say, for what? No, you just need to know who you are and that’s what is crucial.

Why do you love Justin Bieber? (referring to his track “ILoveJustinBieber”)

It’s totally false advertising, I’m a fraud (hahahaha). I went on this one interview where they asked me 5 different questions about Justin Bieber, like basic ass questions about him. One of them was “name 3 Justin Bieber songs”. I couldn’t do it. I got every question wrong. People think “ILoveJustinBieber” is a diss song on Just Bieber. It’s not though. It just ended up becoming joke-ass lyrics and a fun track. Nothing against Justin, I just don’t listen to his music.

Do you feel you’re originating a new punk-hip hop wave as a subgenre?

I mean, sometimes. Sometimes I think it’s cool and interesting what I’m doing, but then again for me that’s just simply what I’m doing. I don’t walk around being like “I’m inventing a fucking genre”. I’m just making music and that’s just what it is. Rather than blending those genres together, I’m taking where hip hop and pop culture is right now and pushing it forward and breaking more barriers. I was in the studio with Hit-Boy and I told him how I wanted to just rip some track on top of guitar-only production. It would be like if Hit-Boy was producing a band, wtf would that sound like?

How did you land names like Playboi Carti & Smokepurpp on “0001”?

Playboi Carti was through Hit-Boy. We were just in the studio and I was wondering who was in town, who can we get to hop on this track? Hit-Boy told me Carti was in town. So he called him, and if Hit-Boy ever tells you to come check some shit out you just got to go, yanno? We vibed to the beat, which was before Die Lit came out, and I didn’t realize how punk Carti was. As for Smokepurpp, you just start meeting a lot of people in L.A., you can’t be afraid to ask questions or be nosey about different shit.

What do you plan to bring differently in your live performances with your newly-found style?

I’ll tell you right now. I’m flipping everything I’ve done thus far upside down. For the Lil Pump tour, we’re starting the show with ballerinas, I’m coming out in a tuxedo on my Frank Sinatra shit, then going right into this crazy single. It’s definitely going to get a reaction, whether that’s good or bad I don’t know. But it’s going to be intense and bring this theatrical shit that’s never really been in hip hop.

Has touring with Mosey opened your mind to the industry & consumers?

Touring with Mosey was cool, I got some new fans. If anything Mosey is such a young kid who has quite a young audience.

What message are you bringing on your forthcoming project “Put Your Name On It” and how does that tie into the title of the project?

Really the message on this one is just “Fuck it, anything goes”. It’s a lighthearted project yet intense at the same time. It will be a more action packed mixtape- I wanted to make one that’s more straightforward with good vibes/party vibes. Nothing super serious. I like some projects to be more serious with others being less serious, this is definitely one of those.

When can we expect it?

What’s your message to the younger generation of hip hop consumers?

Fuck it, have fun, and do what you want to do. Life’s short so just kick ass. Just fucking kick ass, that’s my message.

See Jack Bruno on tour with Lil Pump & Lil Skies, get your tickets here. Also, be on the lookout for Put Your Name On It coming this month.