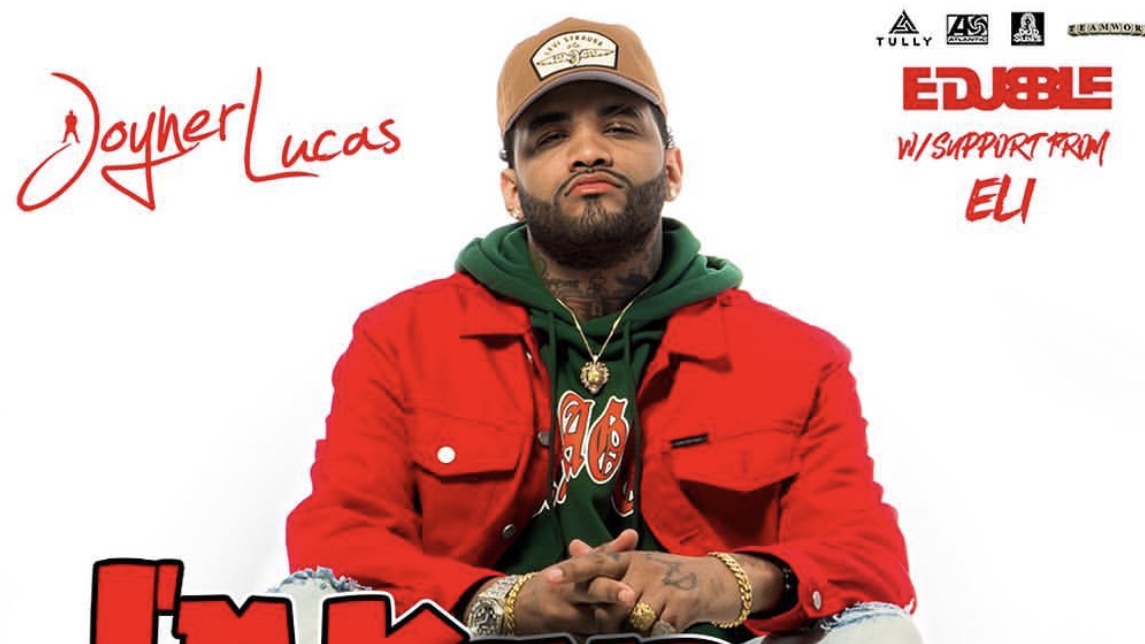 One of 2018’s biggest riser’s Joyner Lucas has been showering the hip-hop community with his style a ton this year. With major success in his remix series going over Pump’s “Gucci Gang,” and “Blocboy’s “Look Alive,” to name a few, or his latest collab with Meek Mill & Timbaland “Run It“, Lucas has shown his prominence in the game.

While gearing up for his debut album as well as an upcoming mixtape with Chris Brown, Joyner’s waves will keep his fans happy for quite sometime. With all his new material gearing up for release, Joyner has now announced a 27-city North American tour, “I’m Kind Of A Big Deal.”

Connecting to lyric-based, story telling audience, Joyner’s music connects to many hard hip-hop fans, enough to embark on a huge tour this summer. Starting off in May in Canada, Joyner’s tour takes him all the way through the end of June in Boston. Check out the dates below.