On Tuesday night, Lil Wayne took to Facebook with a simple picture but a meaningful caption. The picture was him and his squad, but the caption was a very important reminder that should get the fans going.

The caption read: “CV. Funeral. D6. Young Money.” This signifies that all three albums he mentioned, Cartver V, Funeral, and Dedication 6, are scheduled for a release.

We can only hope that most of them have a 2017 release, which isn’t too far fetched. Stay tuned as we await more word on any of the albums, and peep Wayne’s Facebook post below: 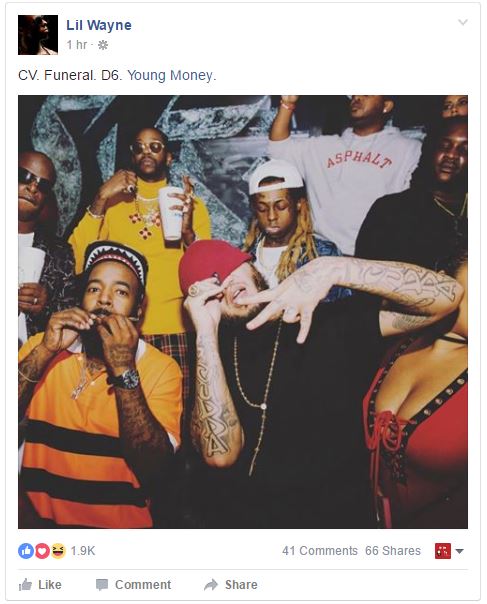 Brandon Pickus - August 7, 2020 0
Stream Trapped On Cleveland 3 from Lil Keed. With a ton of anticipation for Atlanta's...

Brandon Pickus - August 7, 2020 0
Stream Top Shotta from NLE Choppa. With a ton of hype surrounding arguably one of...

Brandon Pickus - August 7, 2020 0
Stream Limbo from Amine. After a ton of hype leading up to his sophomore album,...