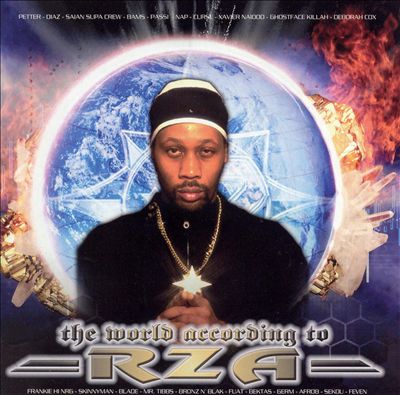 Robert Fitzgerald Diggs (born July 5, 1969), better known by his stage name RZA (/ˈrɪzə/ riz-ə), is an American music producer, multi-instrumentalist, author, rapper, actor, director, composer,[1] and screenwriter. A prominent figure in hip hop, RZA is the de facto leader of the Wu-Tang Clan.[2] He has produced almost all of Wu-Tang Clan's albums as well as many Wu-Tang solo and affiliate projects. He is a cousin of the late group-mate, Ol' Dirty Bastard and GZA (who also formed the group with RZA). He has also released solo albums under the alter-ego Bobby Digital, along with executive producing credits for side projects. In addition to the Wu-Tang Clan and his solo releases, RZA was also a founding member of the horrorcore Hip Hop group Gravediggaz where he used the name The RZArector. Furthermore, he has acted in several movies, including Coffee and Cigarettes, American Gangster, Gospel Hill, Life Is Hot in Cracktown, Ghost Dog, Funny People, Derailed, Due Date and Repo Men. He also appeared in the Showtime TV series Californication. His directorial debut is for the film he co-wrote and in which he plays the title role, The Man with the Iron Fists, also starring Russell Crowe. On November 1, 2012, he introduced the movie at a preview screening in the Museum of the Moving Image in Astoria, Queens, the evening before the Universal picture opened nationwide.