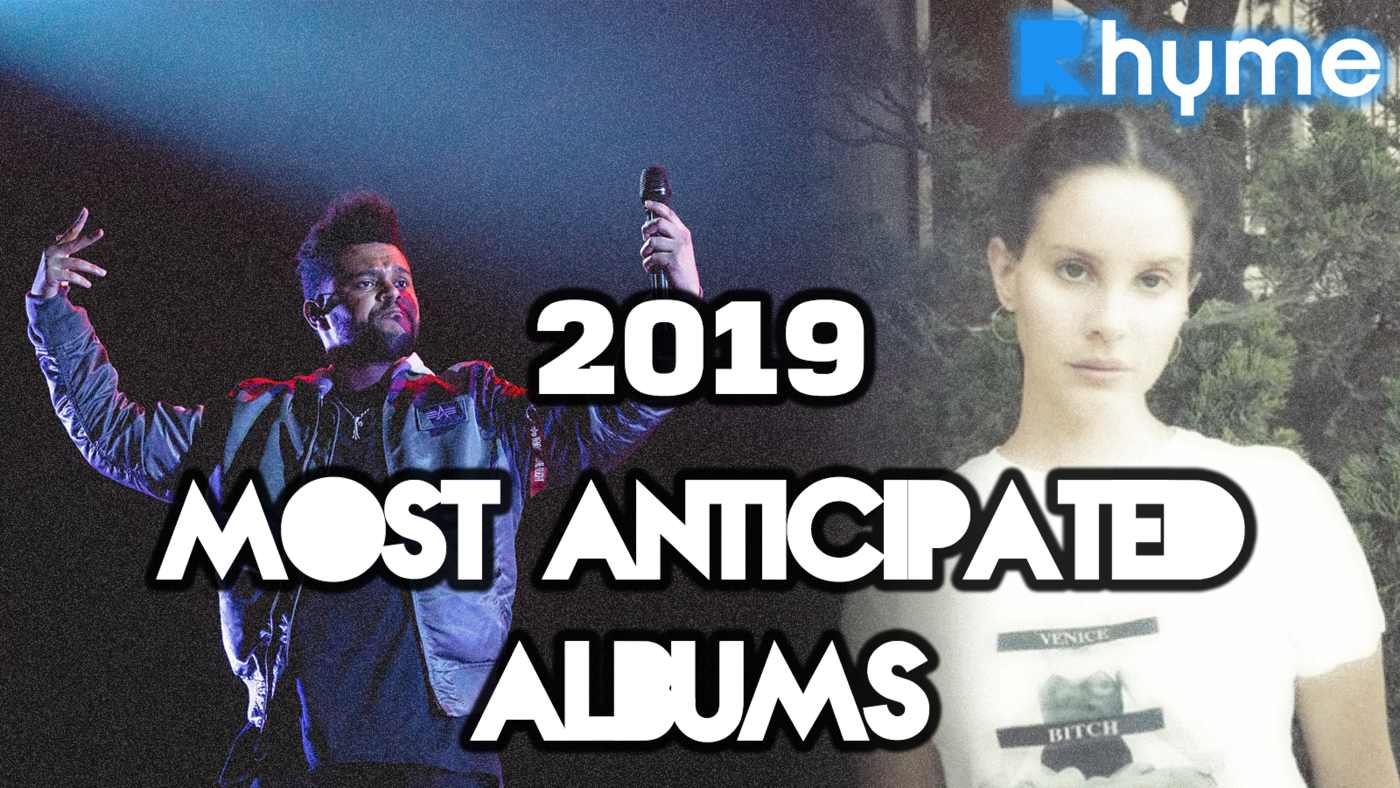 Preempt for 2019 with our top picks for the most anticipated projects of the year.

Well it is 2019 now, last year was one of the best years in music I have witnessed with stellar releases from Cardi B, Travis Scott and Janelle Monae, amongst others. Kanye West also threw his hat into the ring with his album release slate that I still believe was excellent in spite of his manic protestations toward Candace Owens and Donald Trump. All of that was last year, so lets sit back and look forward to what 2019 will bring.

Lana Del Rey is a genius. She effortlessly uses fragments of the entire American songbook including hip hop, Bossa Nova, rock and roll, doo wop and jazz standards into albums layered with luscious melodrama and hope. Here she draws on the work of artist Norman Rockwell for the title of this album which again embodies Americana and the off kilter specificity of Lana’s body of work. She has already released the singles like “Venice Bitch”, “Mariners Apartment Complex” and “Hope is a Dangerous Thing for a Woman Like me to Have” which will hopefully make the cut on the project, yet it is not confirmed so. Let’s expect Lana’s album to be one for the centuries.

James Blake took a starring role on last years “Stop Trying to Be God” from Travis Scott’s glorious ASTROWORLD project. His vocal range offered an intimate and ethereal sensibility to an already beautiful song. Over the past few years he has done the same for Beyonce, Jay Z and of course on his own albums. 2013’s Overgrown and 2016’s The Colour in Anything are both masterpieces. Andre 3000, Travis Scott, Metro Boomin, Rosalia and Moses Sumney all feature on what I expect to be one of the best albums of the year.

Megan Thee Stallion born as Megan Pete was one of the best rappers of 2018. Her mixtape Tina Snow mixed trap flows and empowerment anthems all laced with her distinct sense of female sexuality, similes and metaphors. Her freestyles have earned her a deserving reputation as one of the best female rappers in the game. She is that driven to succeed that she is also completing her college education whilst slicing bars like a light sabre through butter. Megan signed a record deal last year so expect something special from her album when it comes out this year.

Abel Tesfaye is one of the best singers in the world. He moulds epic cityscape sound with a voice that is paradoxically elegant with a morose sense about drugs, sex, girlfriends and sadness. He is peerless in that regard. Last year saw him embrace the electronica and R&B of his debut mixtapes whilst working with German producer Gessaffelstein on it too. The two also recently collaborated on single “Lost in The Fire”. I love all of The Weeknd’s work so I am excited for this project.

I am eye rolling as I write this. Kanye West is the most divisive figure in the music industry. His album release slate last year spawned one classic with Pusha T’s Daytona and his wonderful Kid Cudi collaboration Kids See Ghosts. In my opinion all of the slate featured gorgeous production. Teyana Taylor’s album was phenomenal and I also think Nasir was one of the most underrated albums of the year. The problem was that Kanye did not seem to care about the artists when releasing these albums as he fudged release times, promotion and his creative narcissism tempered the anticipation and success of these albums. Much of the hip hop community and myself felt betrayed by Kanye in 2018. Yandi itself was due to be released in 2019 but it wasn’t released as Kanye’s manic methodology was exposed to be flawed and actually infuriating. Throw in juvenile beefs with Travis Scott and Drake and it is clear we need to get back to enjoying the musician again rather than the sideshow. Let us hope that happens.

This year will also see releases from SZA, Chance the Rapper, Cardi B, Missy Elliott, ScHoolboy Q and many more! Gear up for a jam packed 2019 in the hip hop and R&B industry.