As many fans already knew Ugly God has been preparing for his debut album Bumps & Bruises for a few months now originally teased at the end of last year. With all hints deleted by the rapper, the project’s details have been a mystery. Ugly God has now took to his Instagram story to deliver some huge news giving a little more insight on what’s to come in the “next few months.”

Ugly announced B&B his debut album will be set to drop in the next few months, and has announced an EP 777 possibly dropping either before or after the debut album as a nice treat. With all that being said Ugly aslo announced It’s Gonna Be One Ugly Winter collaboration EP with Florida rapper Wintertime dropping somewhere in between those.

Ugly followed up with the promise of release dates coming soon saying they will be dropping in the coming months. Huge news for the 2017 Freshman, check out the post below and stay tuned for more information soon! 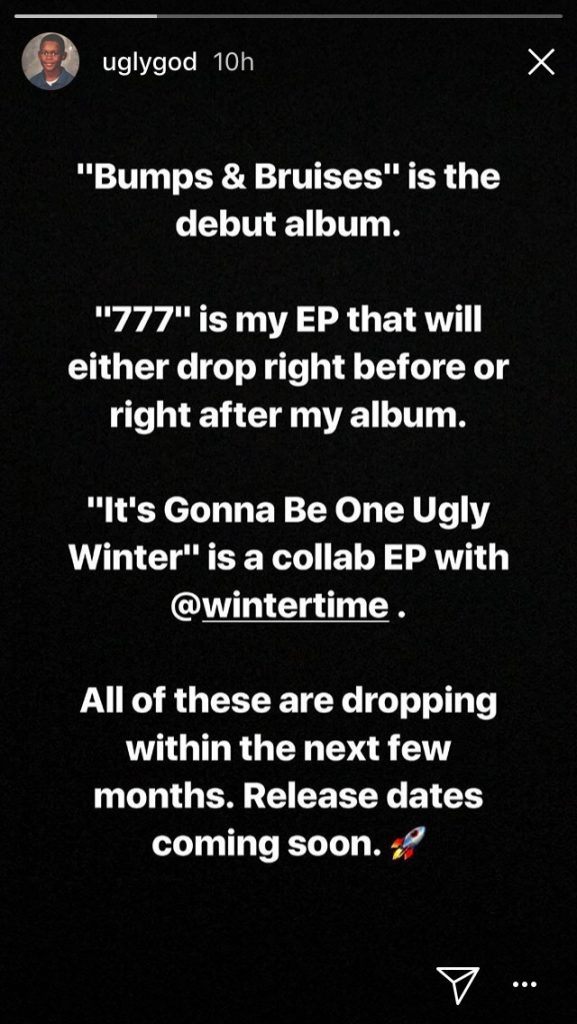