21 Savage Wants Some Credit For Creating a Word

Though the English dictionary hasn’t put “issa” (a word combining “it’s and “a”) in the book, 21 Savage believes he should receive credit for how popular the word has gotten.

Savage not only wants credit for the word, but he feels that it is the most used word of 2017. Though January meets its end tomorrow, Savage still claims the word has been the most used this year. The “No Heart” rapper took to twitter to claim: “I made a new word “ISSA” and it’s the most used new word of 2017! we’re is my recognition ?”

Some may confuse Savage as a Dartmouth English major with this topic. How could you not when the genius lyricist is literally inventing new words? I digress. Give this man some credit for his creative genius.

Many memes have arose from this slang term. Some of them are actually pretty entertaining. 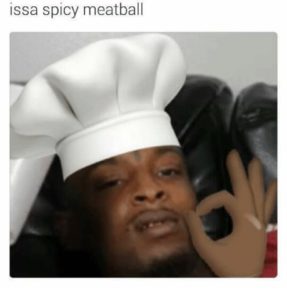 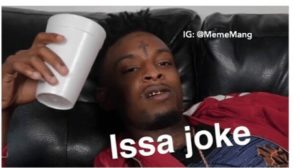 21 Savage is being fully acknowledged for creating such a brilliant term on this end. Hopefully there’s more where that came from in Savages’ great vernacular! Stay tuned for any updates.

Sean Price & Small Professor – “Latoya Jackson” (Back to the...