Drake and Murda Beatz have been hitting the studio.

Murda Beatz has taken his talents to a mainstream level, becoming one of hip hop and trap’s most beloved producer. The multi platinum key controller has been working with Drake, according to Drizzy.

The “God’s Plan” rapper is prepping for a follow up track, and he hit up Chef Murda’s Instagram Live stream to give a quick comment. Drake wrote “New single dropping soon produced by Chef Murda”.

There aren’t any more details on the track as of this point in time, but we can expect a release sometime in the next few weeks. Check out Drake’s comment via a screenshot below, and be on the lookout for the full release. 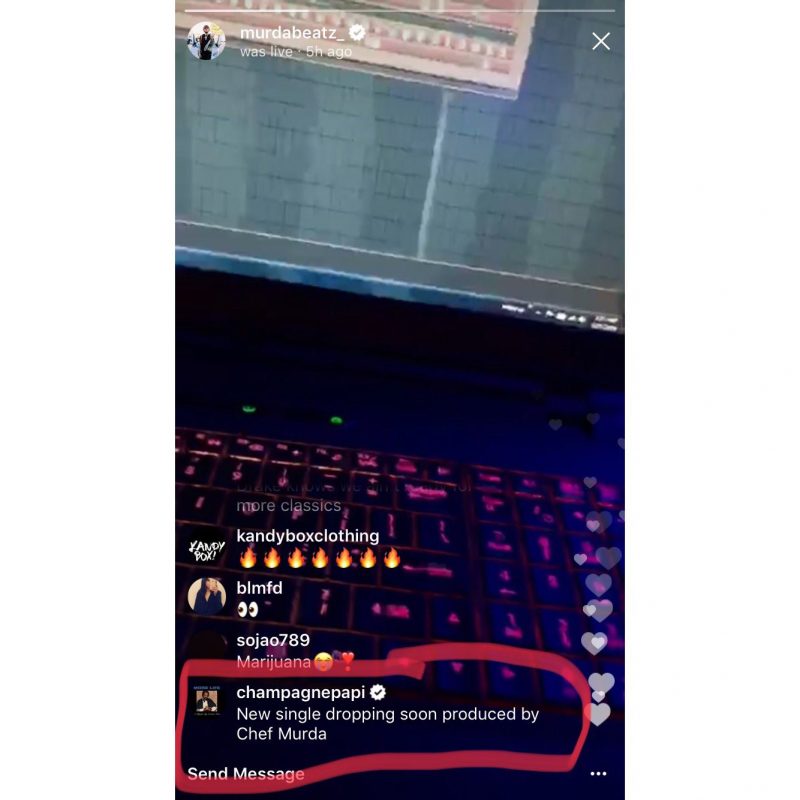 Brandon Pickus - February 13, 2021 0
Stream The Things We Can't Forgive, and check the "When The War Ends" music video from Slaine.

Brandon Pickus - February 12, 2021 0
Stream EP2! from JPEGMAFIA. Last time we saw JPEG was back last November when he...