After postponing a few tour dates for the Summer Sixteen Tour due to an ankle injury, Drake just announced new tour dates for European fans. The new tour, called the Boy Meets World tour, starts on January 21st of next year.

The tickets go on sale October 14th, so be ready as that is this Friday. The tour starts right after the Summer Sixteen Tour finishes up.

Peep all the dates and the official tour flyer for Drake’s Boy Meets World Tour below: 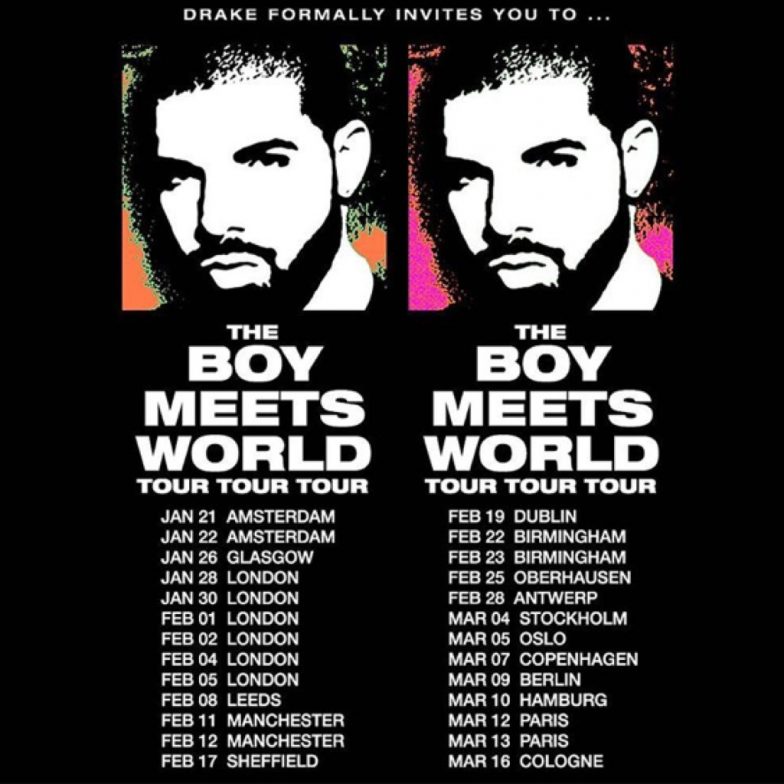 Featured Image By thecomeupshow [CC BY 2.0 (http://creativecommons.org/licenses/by/2.0)], via Wikimedia Commons