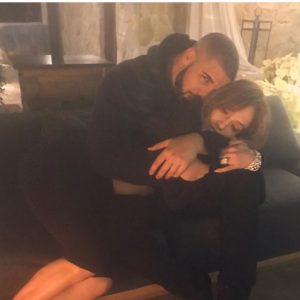 Funkmaster Flex, who is the radio personality of Hot 97, has been bashing Drake for an Instagram picture. The picture is of Drizzy and Jennifer Lopez getting a little intimate. Flex took to Instagram to initially to congratulate Drake on the “Major win” by saying:

However, Flex then took to twitter later in the day with various tweets bashing Drizzy:

JLo is nice.. but my mans hit 17yrs ago.. these new sensitive nigga think we sweat pussy like them.. nah

JLo? That’s the get back for a punch in the face? Took me all day to figure this out!

What these tweets are referring to is Drake’s former beef with Puff Daddy. Years ago, during the peak of the beef, Drake and Puff got into a scrap at a club. Funk Flex continued to bash Drake on twitter suggesting that he “waited until the anniversary” that Puff and JLo got arrested to post the picture.

Doggy saved the pic for the anniversary and everything!!! Haaaa! Wow! Sensitive new nigga fail!

Haaaaa!! Here come the Weirdos and Super Stanley’s because I got an opinion!!!!!

Damn!!! Haaaaa!! More weirdos in my timeline! (A Stan is always right)

Stay tuned for any more details.