Future’s bodyguard was assaulted after their team landed in Spain.

It’s always a weird stance when stories like these get put out, but it looks like we’ve got enough details to sort out what happened when Future and his team landed in Ibiza, Spain.

According to TMZ, the rapper had just landed and was walking through the terminal when 10 guys approached Future and asked for a picture. He simply replied “not today, guys” after an exhausting flight.

TMZ’s sources say that Future’s bodyguard stepped in to block the men from approaching Future, with sources also stating he beat up some of the men in the process. It was moments later that someone in the posse came from behind his bodyguard and struck him with a rock. Future came through with a statement on his IG after the incident, and you can check both that and the raw footage of the knockout below. Stay tuned as we get more deets on the happening.

Future’s bodyguard got knocked out while in the UK, future didn’t help pic.twitter.com/8IYZE0nE5B 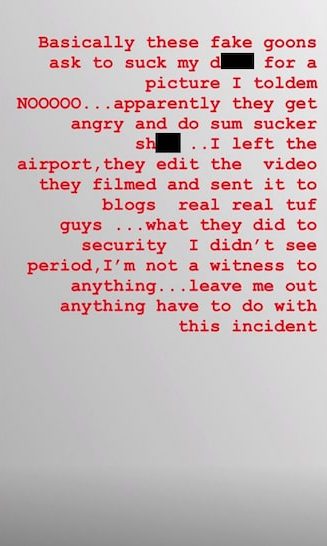 Featured Image By Bruce from Sydney, Australia [CC BY 2.0 (https://creativecommons.org/licenses/by/2.0)]