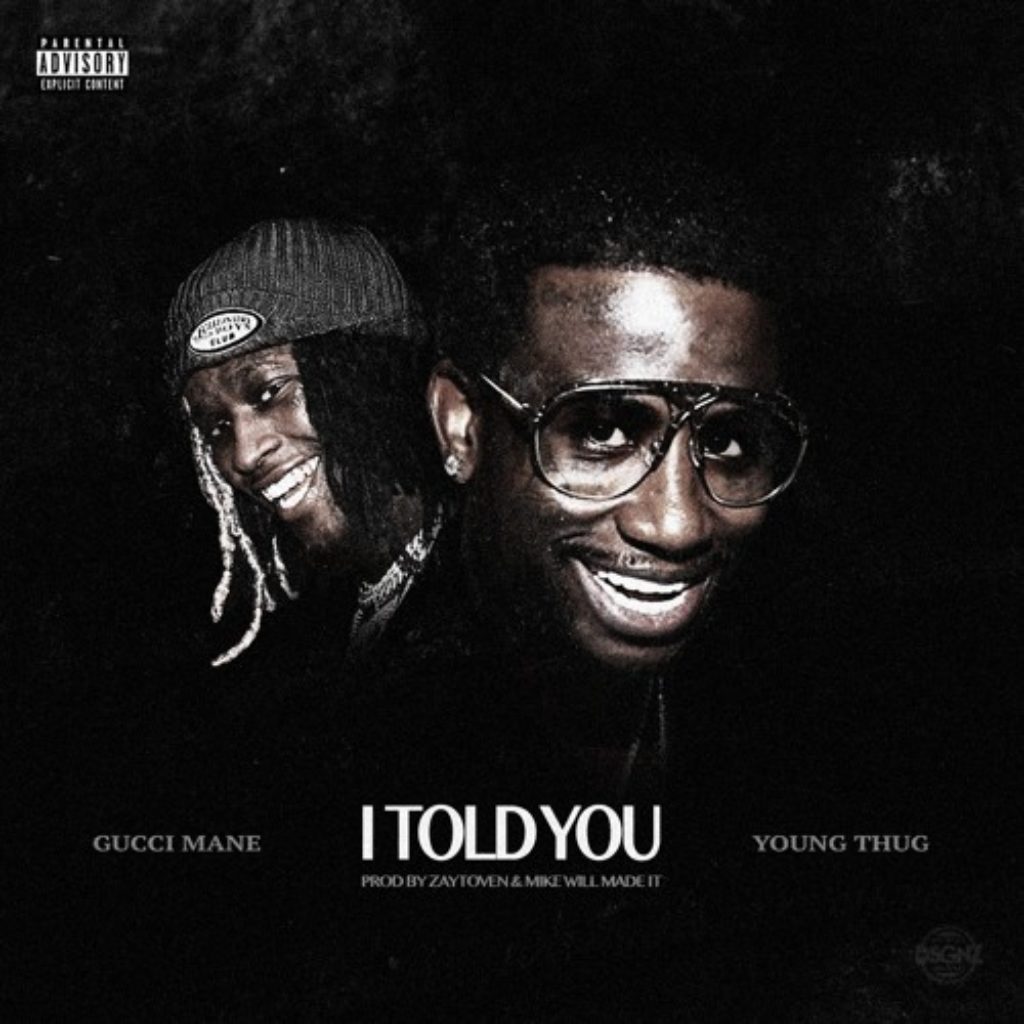 Stream I Told You by Gucci Mane featuring Young Thug above.

Gucci Mane just dropped his highly anticipated Woptober album, and now he taps fellow trap star Young Thug. They both team up on I Told You for a nice delivery from both artists.

Gucci is killing it on the trap side of rap, and he has been making quite a scene ever since he was released from jail a few months back. This new track brings out the best in Gucci, from his vocals, to his production, to his lyrics.

Hopefully we will see this collab again VERY soon, but time will only tell. Until we get new content from either artist, stream I Told You by Gucci Mane feat. Young Thug above.