Back in April, Jay Critch revealed his upcoming project Hood Favorite was “on the way.”

Hood Favorite the Mixtape on the way

Having dropped off his solo effort single last week “Thousand Ways,” Critch has taken to his Instagram story to finally announce when his project can be excpected. Shown in a screenshot of the snap, Critch writes “Hood Favorite JULY,” with a shush emoji.

Serving as his first project of the year, fans are ecstatic at the news. Leading the project with “Thousand Ways,” you can stream it here to get a feel for the project. Stay tuned for more details as they come out. 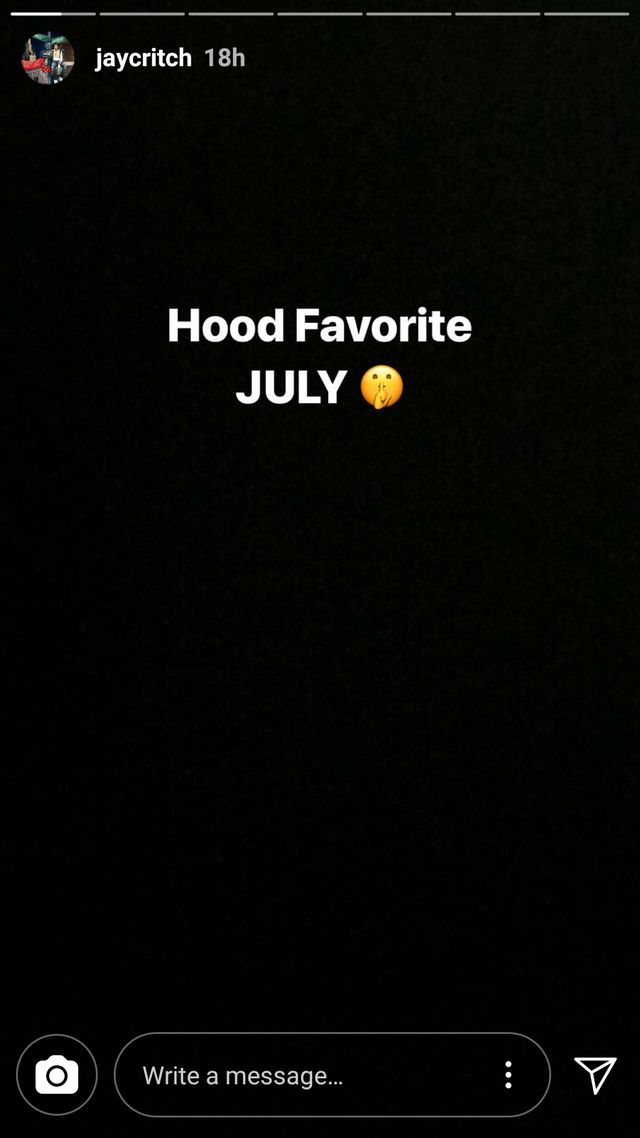