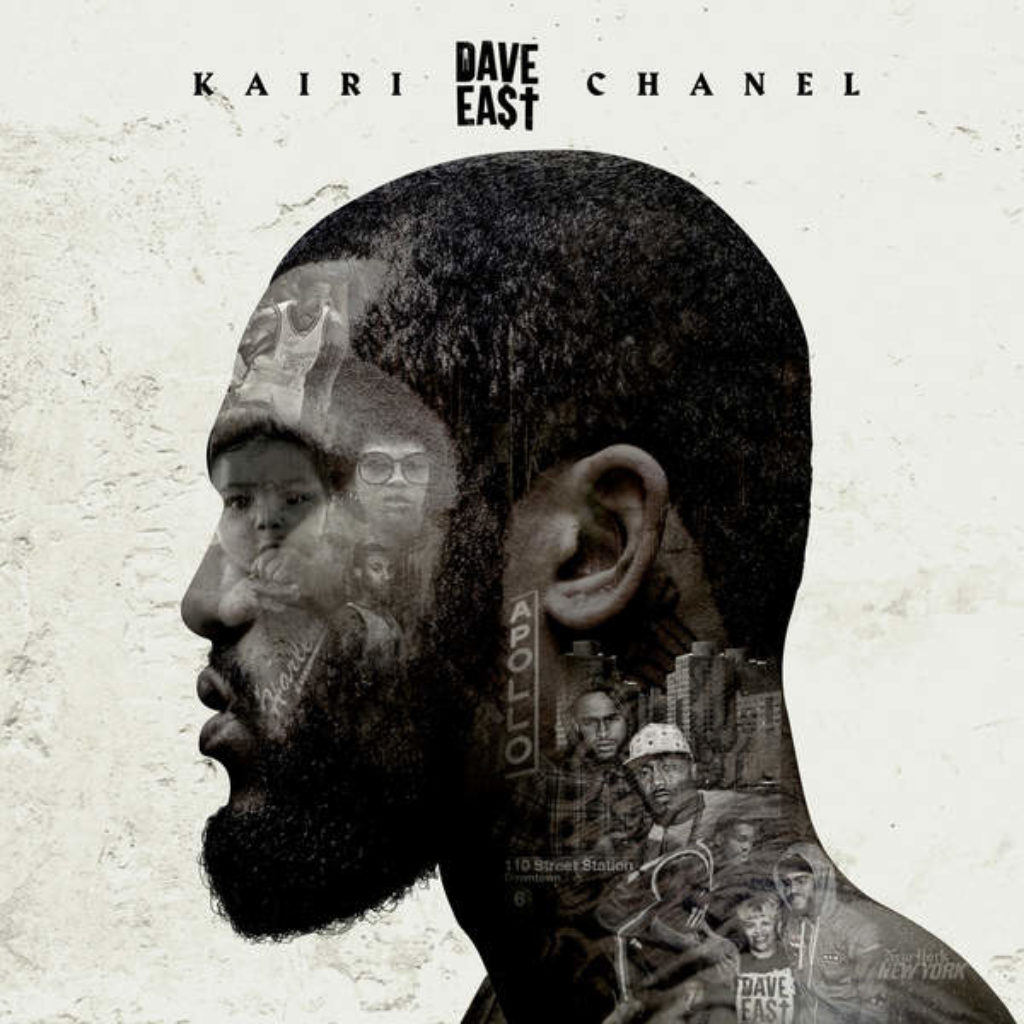 Dave East displays his menacing New York rap to the culture of Hip-Hop.

The harlem emmcee that is Dave East makes his stance in modern hip-hop, through street New York influenced rhymes. East has become the the new voice of East Coast bodegas and boroughs. In his debut album Kairi Chanel, East blends the perfect mixture of New York street rap and East Coast influence into one project.

Under the new Def Jam wing, East explores new tastes, and styles in each track. Kairi Chanel, takes the name from his recently born daughter’s name as he highlights his transformation of street baller to pro rapper in just 10 years.

Starting off the album, “It Was Written,” & “Type Of Time,” both follow the same shell in terms of meaning and style. The bouncy melody and drum riff in the background serve as a minor factor in the song, as the main focus is the lyrical phrases of his life in the inner city Harlem to previous situations of killings and robberies. Following up that comes the strongest track on the LP, “Again.” A boastful street tune, that features a high guitar riff with a low bass line. East raps about messing around with girls, smoking Cubans, getting money, and being untouchable.

In songs like “Eyes on Me,” with Fabulous, the two exchange vivid word play during the 2 verses, with a reverbed hook. Another boastful track about being rich and dealing with gold diggers.

East expands to find more Inner New Yorker’s to accompany his culture’s dominant East Coast allele. Recruiting Cam’ron for “S.D.E.” and Beanie Sigel for “The Real Is Back,” the NYC bred spitter’s offer a hood enjoyable thrill beat with hard lyrics of the daily situations they faced as kids.

Finishing off the project “Don’t Shoot,” the project’s most thorough record, cleverly touches the police brutality issues, going on with America at the moment. East reverbes his voice in the beginning verse as himself when he was 10 years old, and his challenges as a young kid. In the following verse East changes again as a teenager and making it in High school and staying out of trouble with the law. Finally, East as a grown man getting locked up and changing his life through rap. East finally gets his recognition he deserves as he gets busted for weed and shot unconditionally.

Dave East has proven his stance of East Coast and inner city Harlem, in hip-hop artistry. With production Cardo, Big Jerm, Buda and more, throughout this whole tape add subtle vivid melodies for East. From the boastful, cocky party raps to the meaningful, eye opening situations East raps about there is definitely something for everyone to enjoy in Kairi Chanel.