Kid Cudi took to his Facebook last night to address some self issues he has been struggling with. The Clevelander told his fan base that he is struggling with depression and has suicide urges.

The artist just dropped a single last week called Surfin, and luckily tells fans music drops with still be on schedule. In addition to Surfin, we got a demo track for Too Bad I Have To Destroy You Now this time featuring Kanye West.

You can read the heartfelt message by Mescudi himself, and stay tuned as we hear more from the artist. 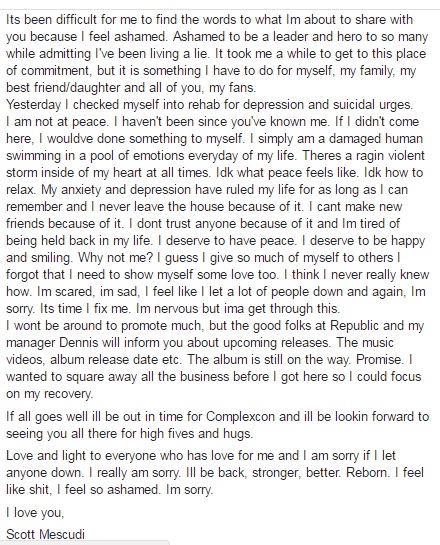