Jeezy just released his newest single titled “Let Em Know.”  Just yesterday, he also announced that he has a new album coming up.

Jeezy’s newest album coming out is titled “Trap or Die 3.”  This is the third album in Jeezy’s Trap or Die installments.  This single is one of the new songs from this upcoming album.  Stream “Let Em Know” above. 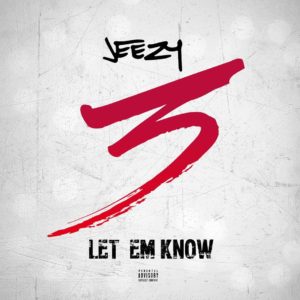