Lil Uzi Vert says his music days are over.

Uzi fans, it’s been quite the struggle with the troubled Philly rapper. Last year him and Don Cannon announced we’d be getting his forthcoming album Eternal Atake within time, likely before the end of 2018.

That clearly never happened, but now it looks like we may never see light of day for the project. Uzi took to his Instagram yesterday to announce his departure from the rap industry, stating “I wanna take the time out to say I think each and every one of my supporters but I’m done with music I deleted everything I wanna be normal, I wanna wake up in 2013.”

It’s quite confusing when it comes to the famed rapper what exactly his intentions are, but it could quite possibly just be another marketing scheme prior to the release of his next project. Is Uzi really announcing his full retirement from music? Time will tell, but fans are at least banking on the slated release for Eternal Atake. More updates on Lil Uzi Vert as we get them. Check out his IG story below. 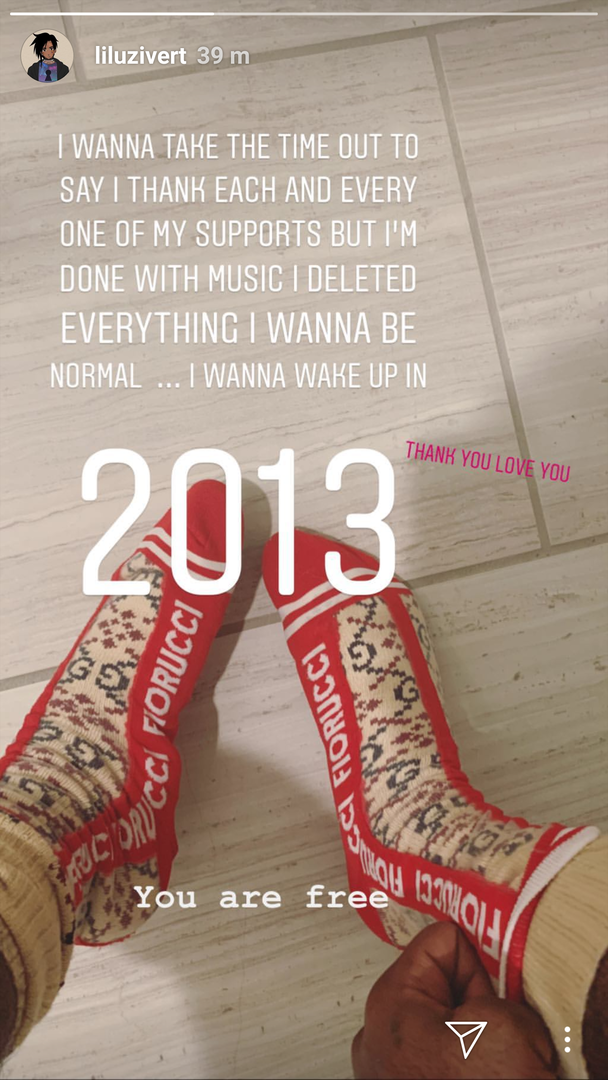 Brandon Pickus - October 23, 2020 0
Stream Evolution from Joyner Lucas. After an expected release of last Friday, fans were quite...

Brandon Pickus - October 23, 2020 0
Stream Spooky Sounds from Trippie Redd. Welp, this one is.... interesting. Ahead of the release...