Reginae Carter made it clear that T.I. is just looking for attention, and that T.I. could have simply called or texted Wayne. 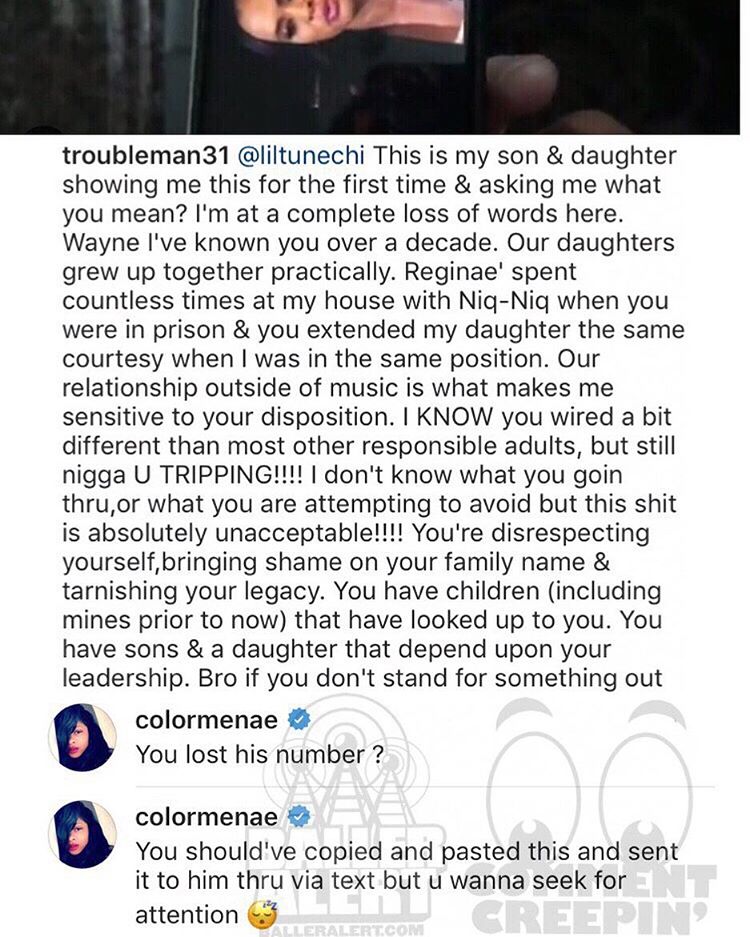