In a brand new podcast interview with Dan Harmon, Logic revealed the title of his next studio project. The new album, called AfricAryaN, is a clear concept about race.

A Logic fan twitter, called Lines Of Logic, tweeted this photo to summarize the interview: 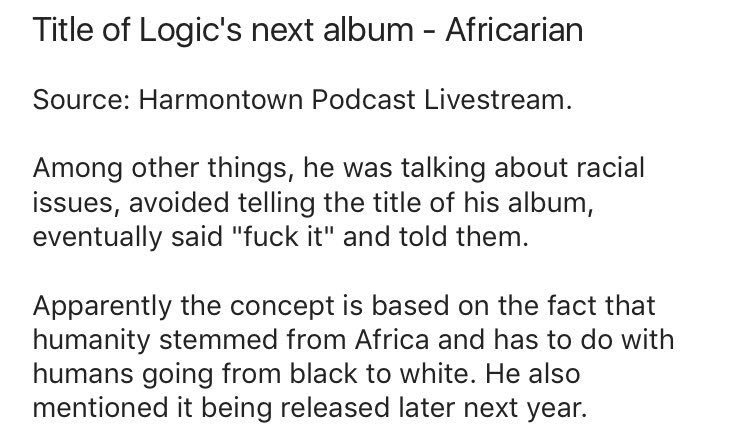 It has been less than a year since Logic’s last studio project The Incredible True Story and just a few months since his summer mixtape Bobby Tarantino. Stay tuned with us to keep updated on the new album and all upcoming Logic news.