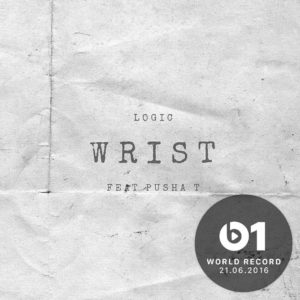 Logic returns with yet another single, Wrist featuring Pusha T.

After releasing his hit single Flexicution that had fans going crazy over the trap styled lyrical flow, he hits us again with the same idea.

Logic has shown us how he stays away from the radio hit sensations that do not combine a lyrical, “hard rap” where rappers sing over trippy beats. However, it seems as if Logic is trying to connect the two into a new type of rap that combines auto tune, hard beats, a trippy flow, but with a lyrical message. Logic has been making songs for the fans on Under Pressure as well as his most recent studio album The Incredible True Story. Two great albums, with not one song you would hear on the radio.

However, with two projects set to drop this year, we can expect this new flow on Logic’s upcoming tapes to broaden his audience as a rapper. Until we get these two projects, stream Wrist (feat. Pusha T) below: