iOS 10 is a bit complicated, especially for the not-so tech savvy.

Have you been in a tight rut, or wanted to listen to a few songs or albums in a row? With iOS 10’s new feature, you can do just that. The “Up Next” feature is nothing new, but this little trick may save you a bit of time while maneuvering the new iOS 10 music app.

Many people are wondering just what this Up Next feature is, now that it is a bit more visible. This new ability will allow you to create a tiny playlist for the time being, with songs of your choice. Instead of clicking from one song to the next after the song is over, this temporary playlist will allow full indulgence into the listening aspect of your music, which is how it was supposed to be. In this article, I will go over just how to use Up Next in the new iOS 10 music app. Be sure expand the images in this article by clicking on them.

Start off by clearing your music and your up next. You can do this by simply closing the app out of your recently opened. Make sure nothing is playing as when you come back into the app. You will see why we are doing this in a minute. 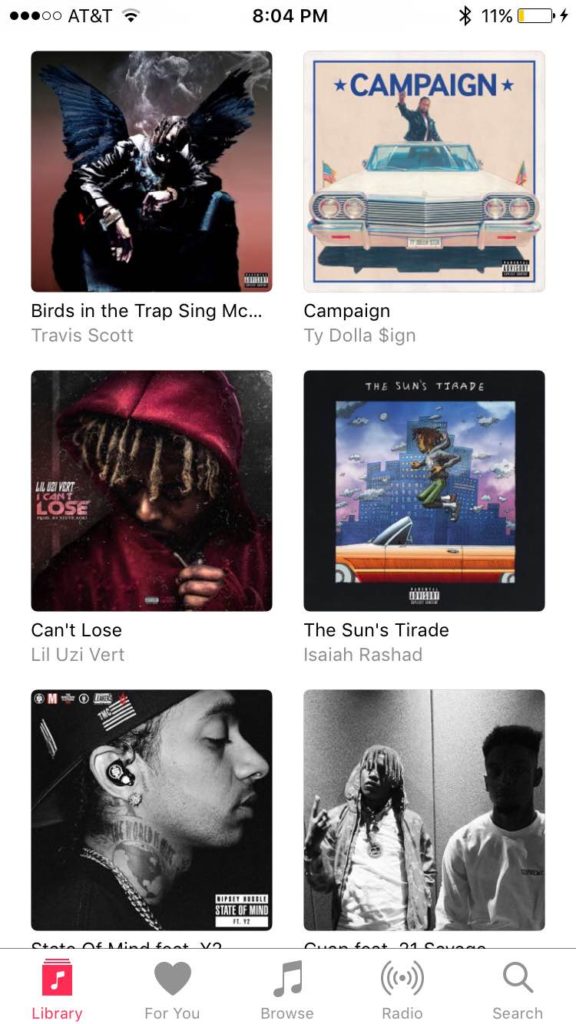 Note: You can also do this with albums. If you choose to do so, all the songs in that album will be added to your Play Next tab. 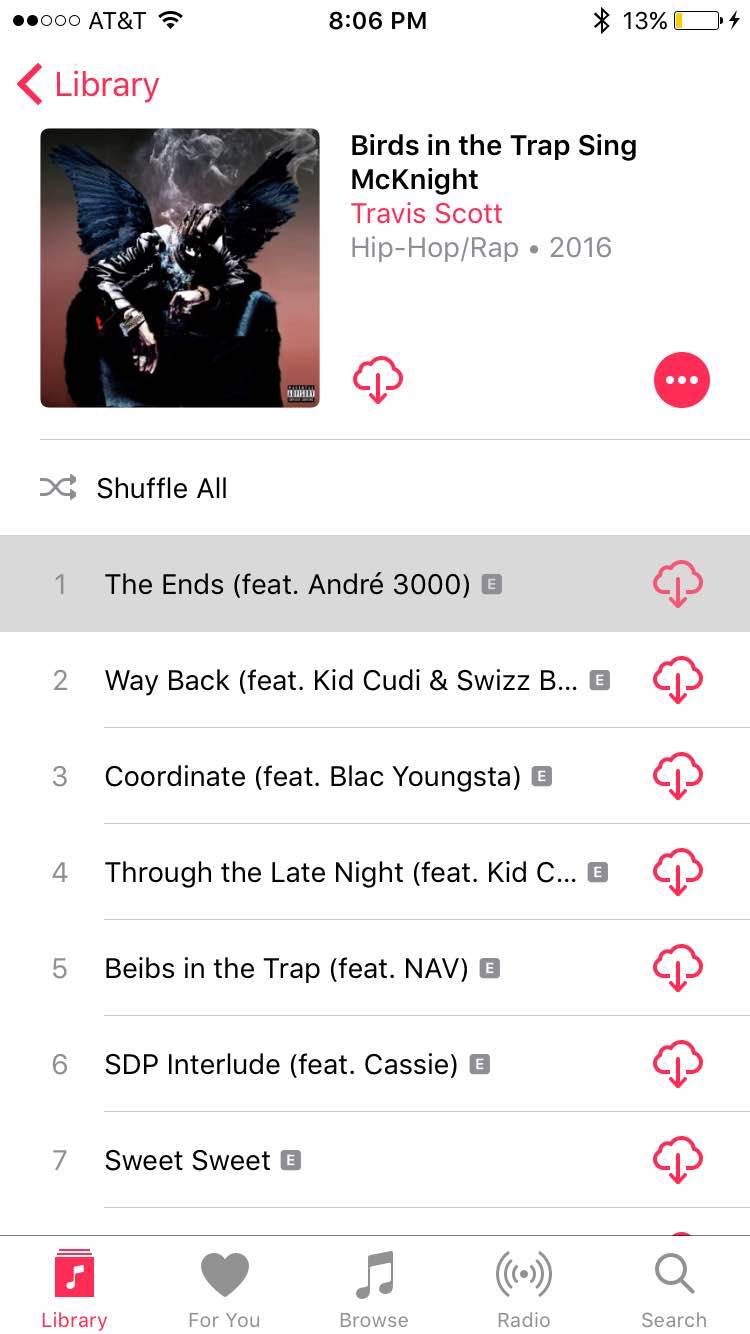 Your next step should be to hit Play Next in the menu that pops up. Remember, this should only be for your very first song. This will essentially put the song as the very first in your micro playlist (don’t worry about picking songs in order, you can rearrange those later). 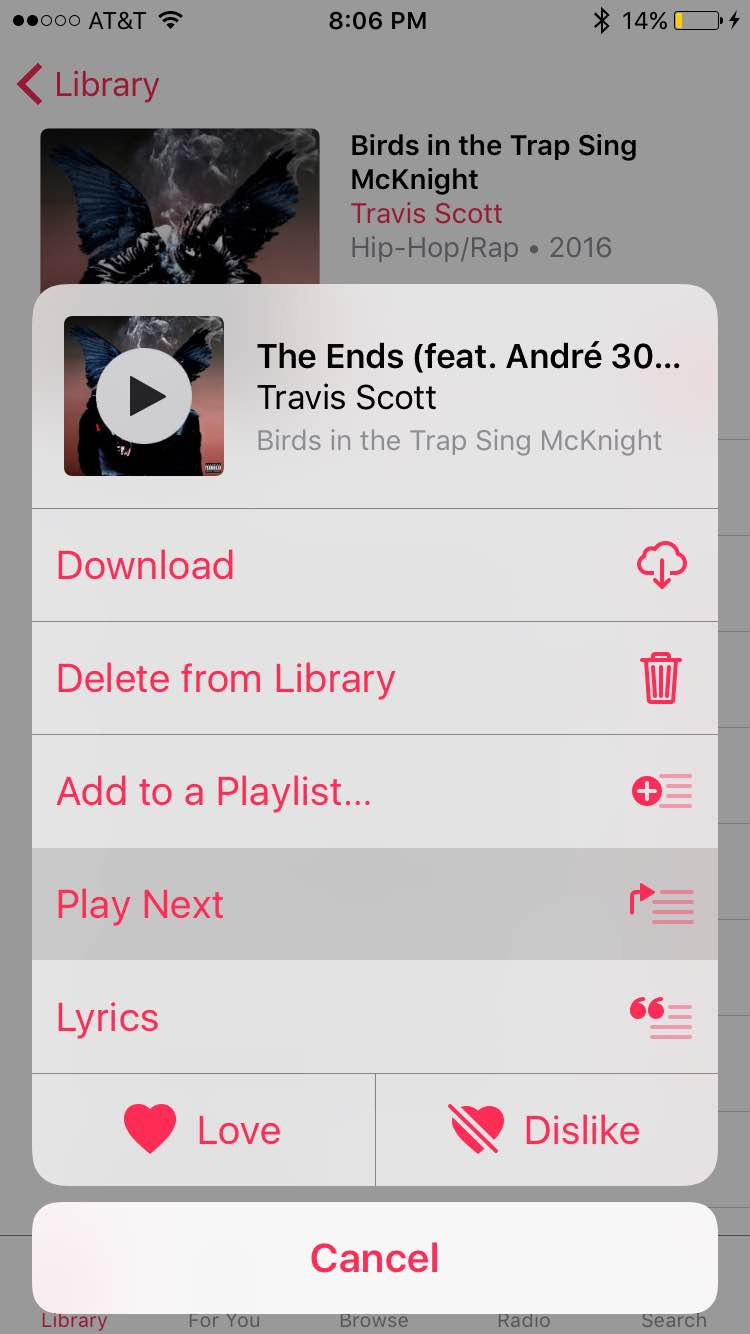 I am going to combine the next two steps into one. You next want to go ahead and find your next song. After you find your next song hold onto it to pull that menu back up. The menu should have an option for Play Later now visible. Click on this, and pick all of your next songs by clicking the play later feature. Doing so will add all your picked songs to Up Next. 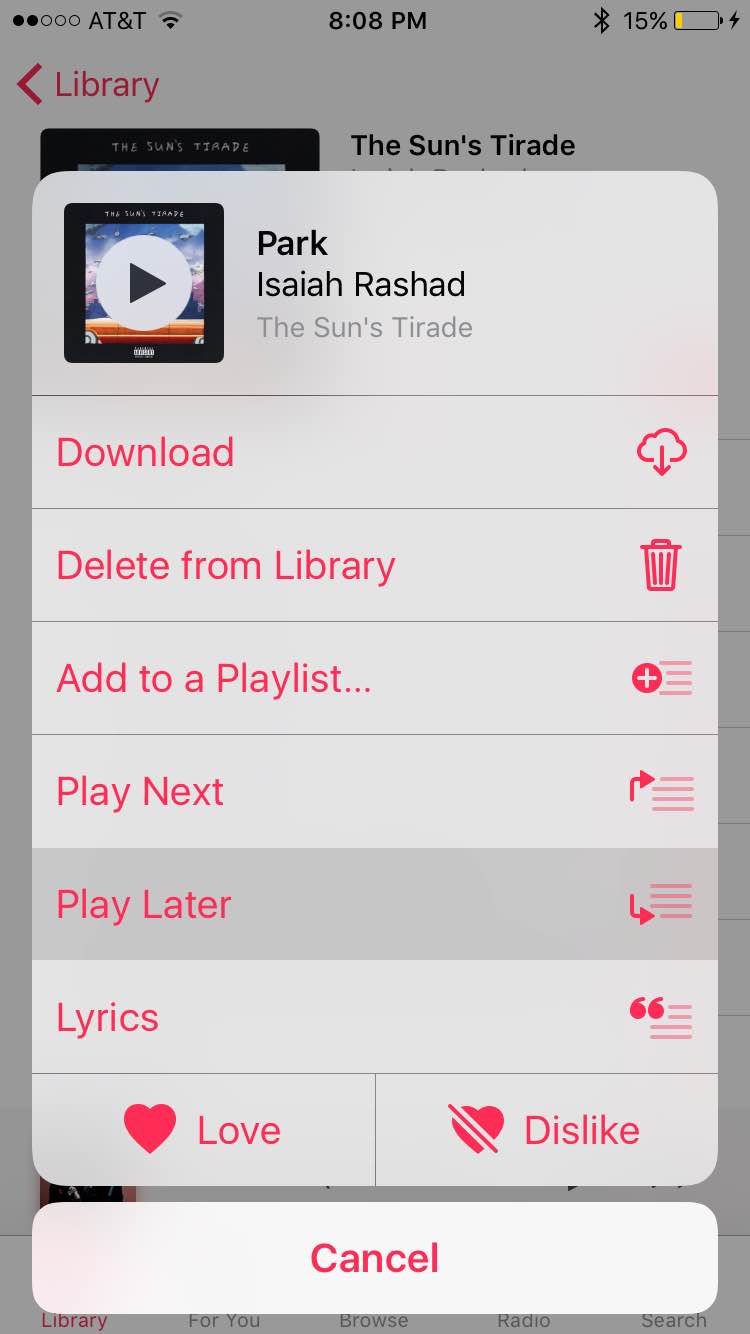 Next you want to open your music that is currently playing by sliding up on the music player. 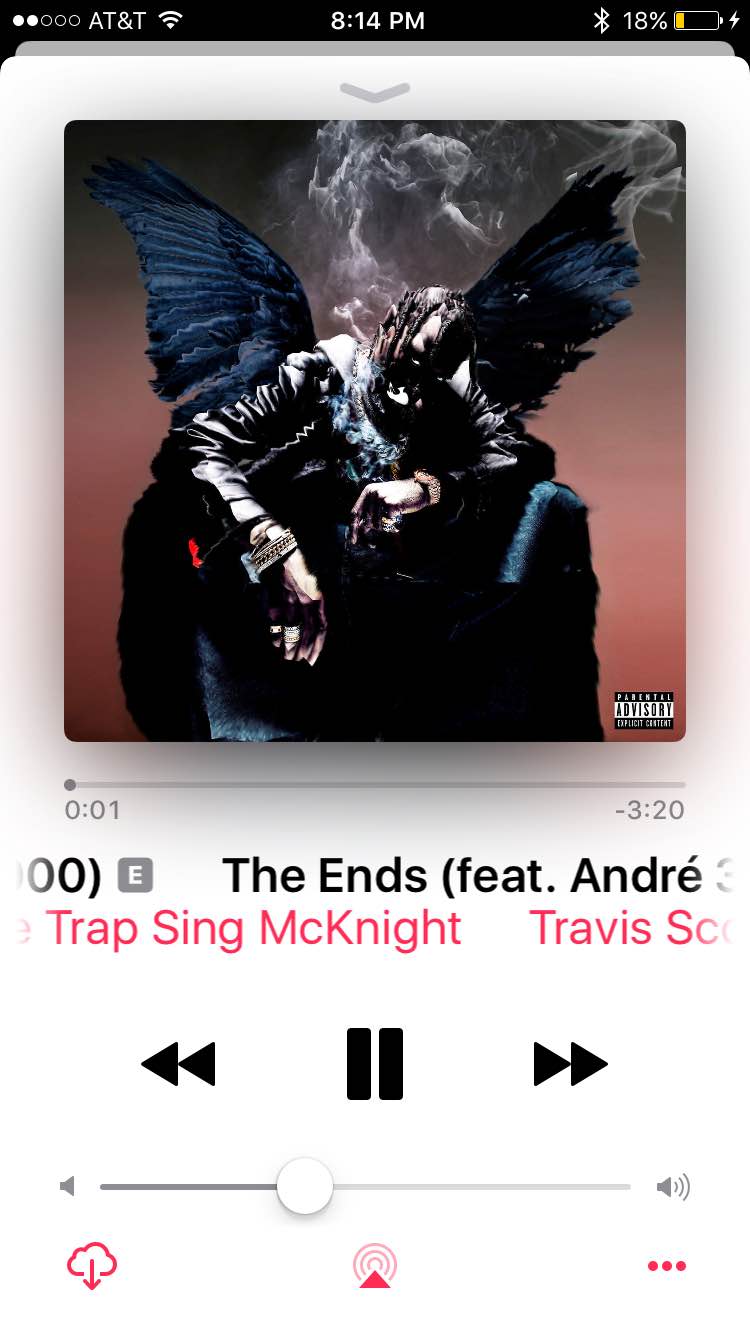 I know it probably sounds weird, but I think this step deserved its own paragraph. After your music player is open, slide down to reveal your Up Next Queue. This is something that many people are overlooking, even though it is more visible now than it was in the previous iOS software. Now you can easily view what is up next. 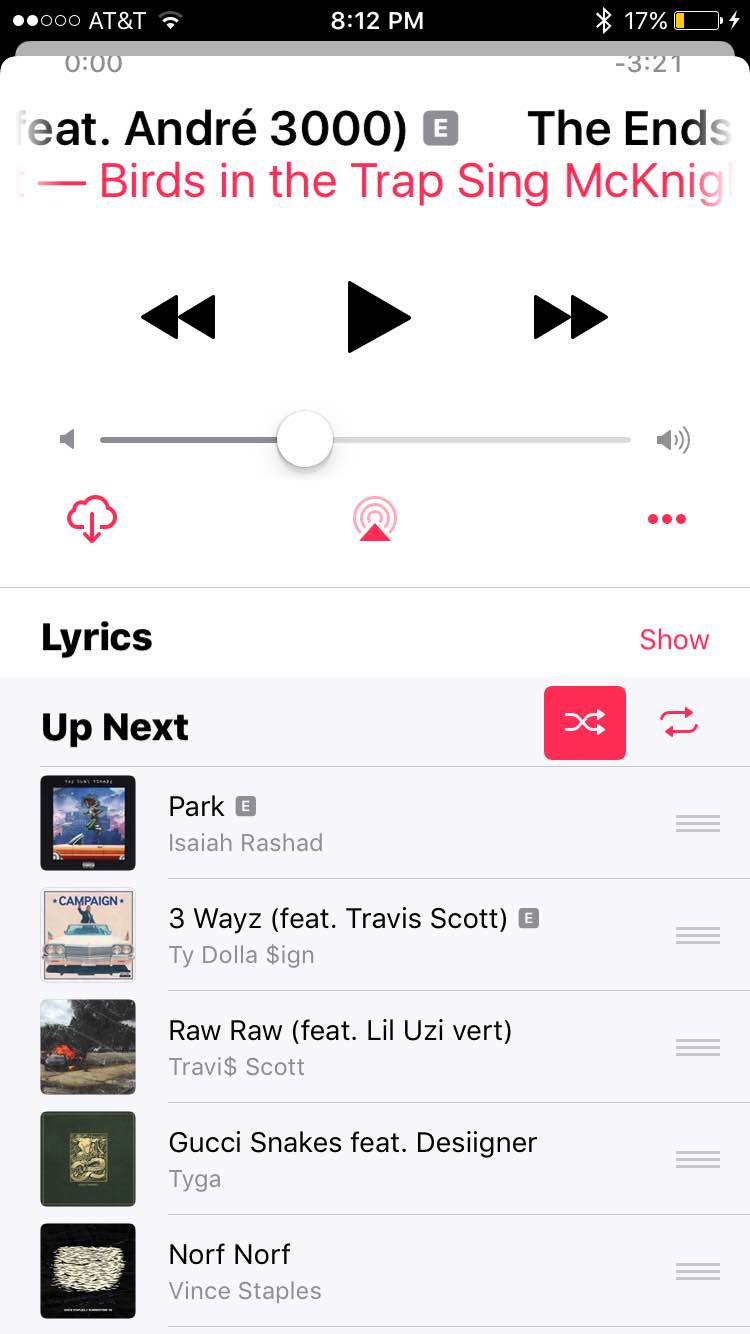 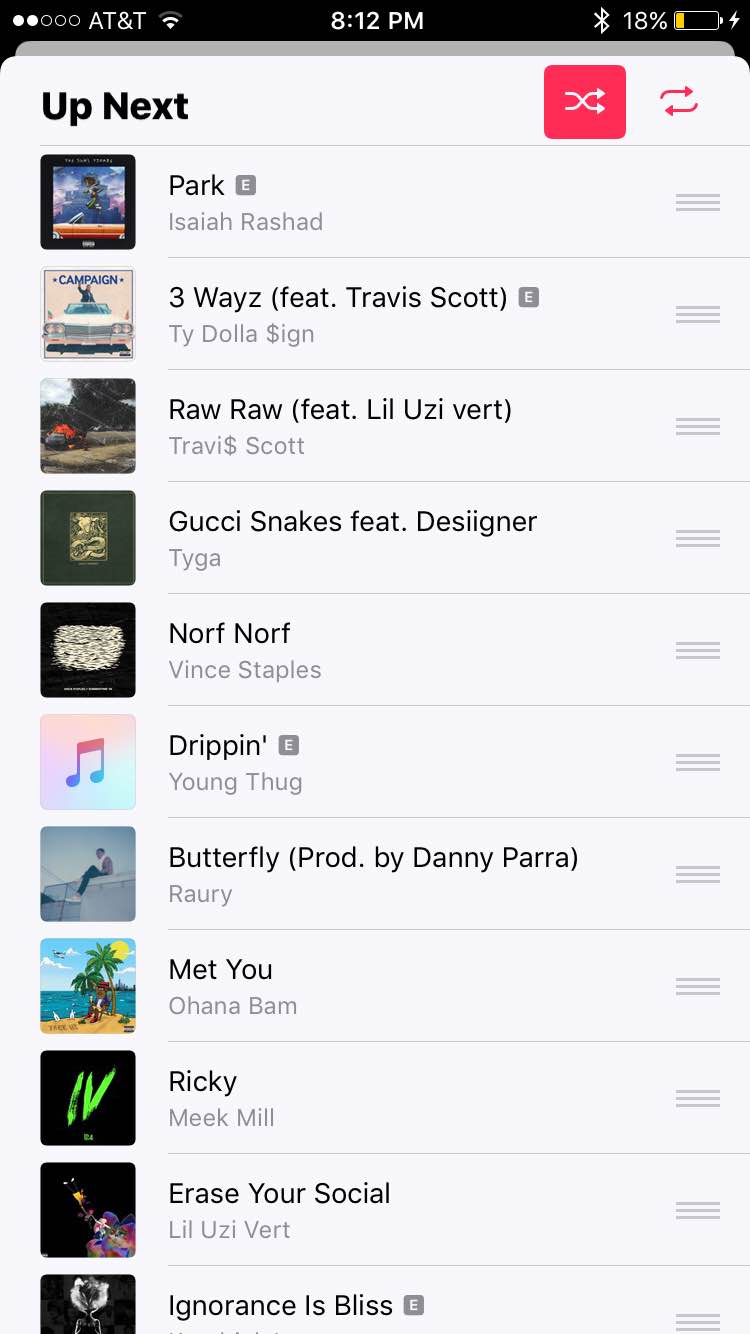 Now that your Up Next Queue is open, you can rearrange all of your chosen songs in the order you want to listen to them. Simply hold on to the 3 bars icon on the right and drag the songs in your chosen order. 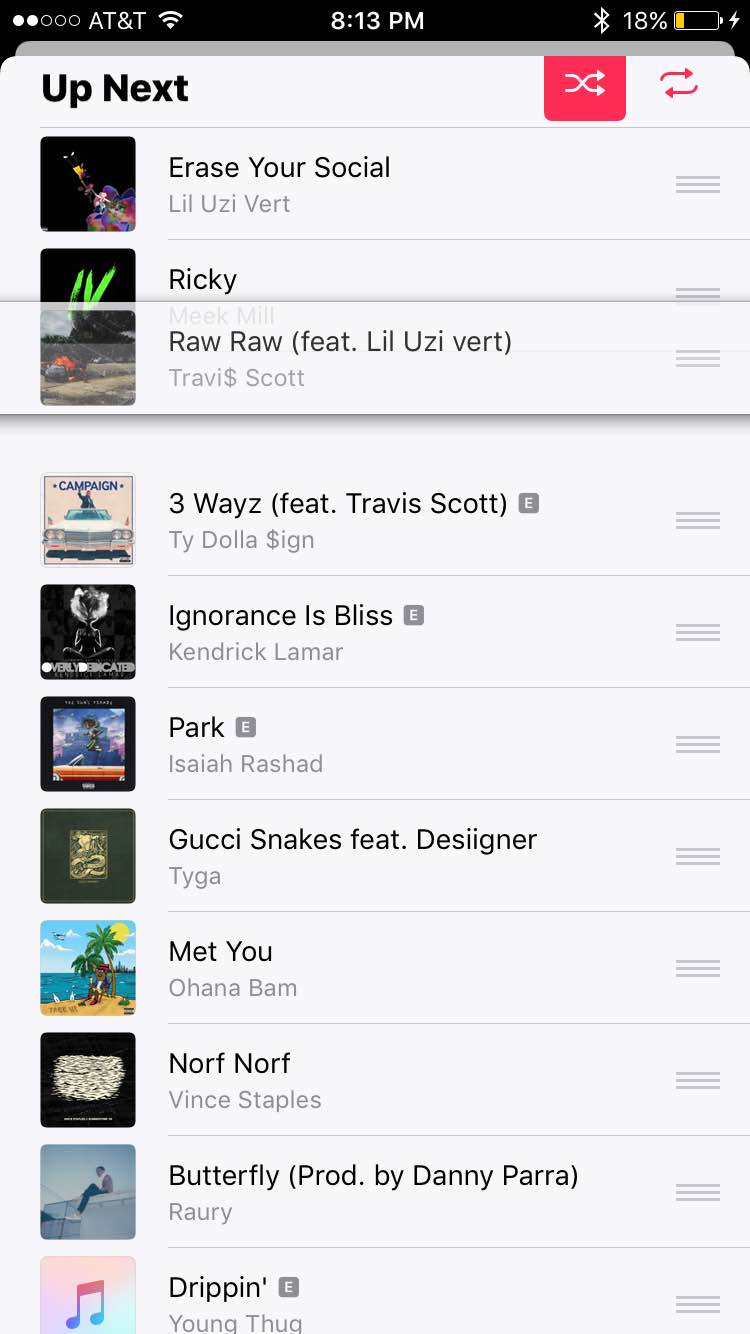 That’s it! Press play and enjoy your quick on the go playlist with songs you chose.