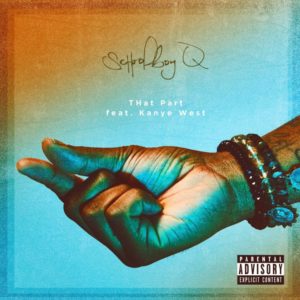 Okay okay, so Kanye and ScHoolboy actually did hit the studio, and bring us a single to write home about. They bring a brand new hit single called “THat Part”.

The new track follows his style for “Groovy Tony” and we can tell this new ScHoolboy flow is going to be nothing short of great.

GET TOP DAWG ON THE PHONE !

.@ScHoolBoyQ GET TOP DAWG ON THE PHONE !