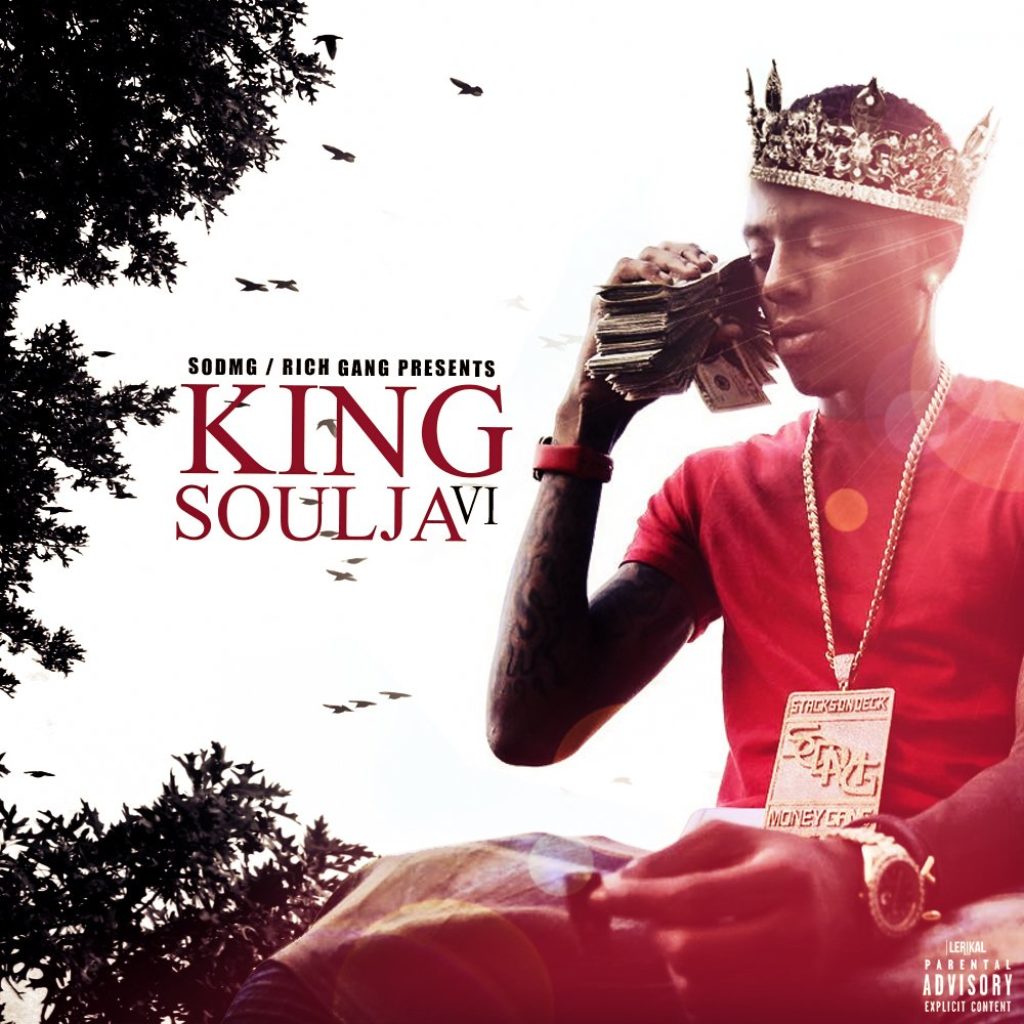 Soulja Boy is finally back with a new tape as a follow up to King Soulja V. The trap king and entrepreneur has been taking the media by storm with hilarious instagram and snapchat videos recently. Now, King Soulja 6 is a perfect content drop to keep the money flow going.

Soulja Boy fans as well as trap fans should be very happy about this one. With features like Boosie Badazz, Chief Keef, and Rich the Kid, this album is a pure mixtape model aimed for success.

The new tape has some true trap production as well as well thought out beats. The vocals are surprisingly not as enhanced as expected. With that being said, the lyrics touch base on classic trap themes.

Until we see more material drops from Soulja Boy, stream and download King Soulja 6 above.