Travis Scott is taking ASTROWORLD on the road.

Travis is fresh off the release of his well endowed album ASTROWORLD, and in the week leading up to it’s release, Scott released multiple items of merchandise. Each 24-hour sale included a pre-entry to an upcoming “Travis Scott tour”.

Today he officially announces the tour’s name, inciting a takeover as it’s been a minute since he’s been on the road. You can now buy an “ASTROWORLD Season Pass” which includes early access to tickets and a digital copy of the album.

These season passes are only available today, so get them while you can at shop.travisscott.com, they’re only $8. His IG post reads “IVE BEEN READY TO GET BACK ON ROAD FOR A LONG TIME!! ASTROWORLD TOUR IS FINALLY HERE!! PRESALE NOW ON SHOP.TRAVISSCOTT.COM ON SALE NEXT WEEK! I MADE SEASON PASSES FOR THE REAL RAGERS. U GET IN FIRST!! VERY LIMITED. BRING THE SWEATTTT”.

He has yet to reveal the tour dates for the world tour, but we can expect those to come in the next few weeks. Peep Travis Scott’s official announcement banner below, and stay tuned as we await the Wish You Were Here tour dates. 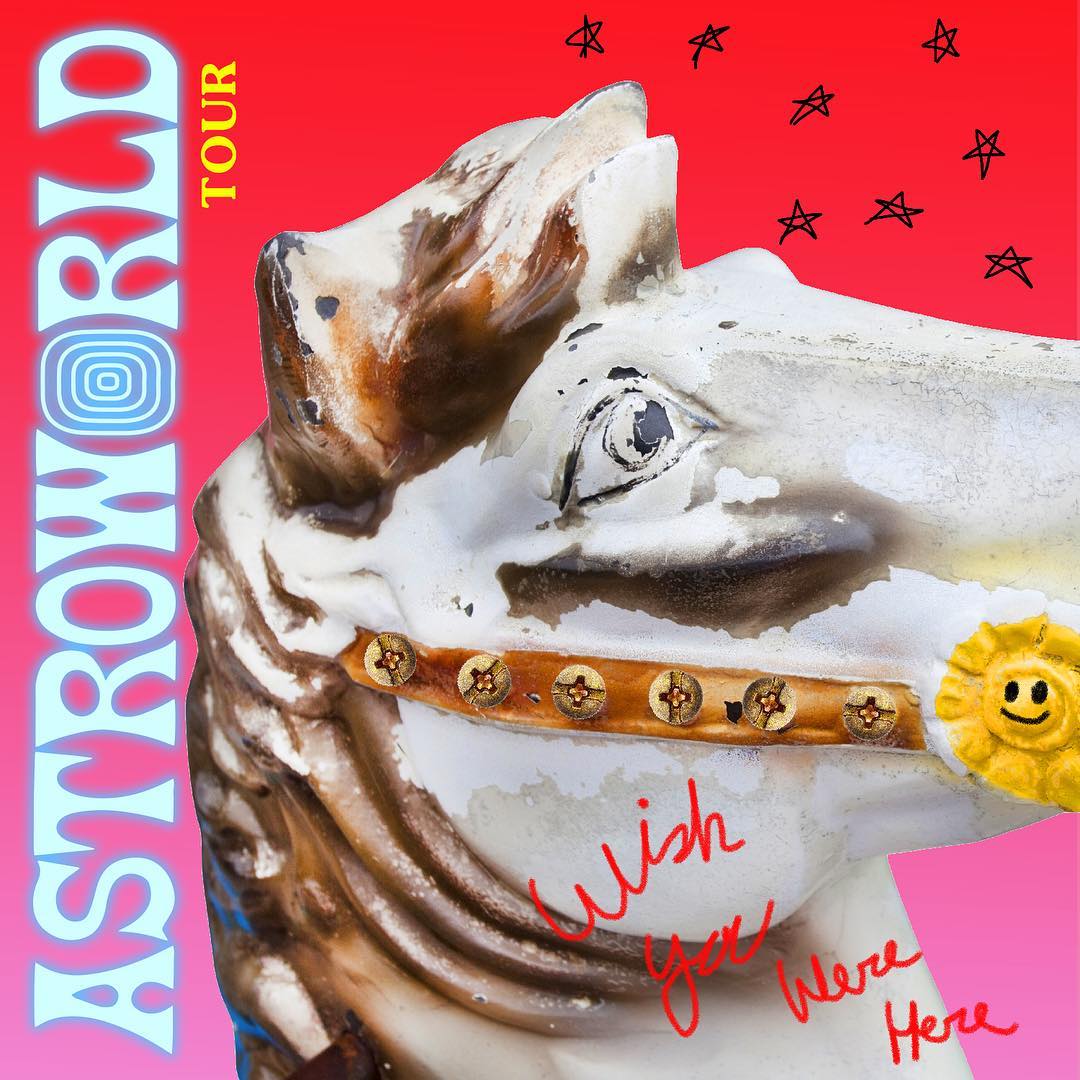