Travis Scott is on that Hip-Hop grind.  After releasing Birds In the Trap Sing McKnight, Travis releases a new single called “Hot Sauce.”  This single features PartyNextDoor and Quentin Miller.

Hot Sauce features a trap beat like normal Travis Scott songs have.  The lyrics go hard and overall it is a good song.  This song is an outtake from Birds In the Trap Sing McKnight.  There is also another outtake titled “RaRa” featuring Lil Uzi Vert.  Stream Hot Sauce above. 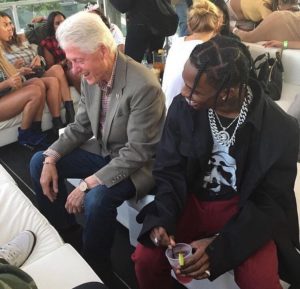