XXXTentacion may be gone, but his legacy remains in tact.

The world has been in deep despair ever since XXXTENTACION was shot and killed last month, but the positive uprising since his death has shown quite promising. Fans have shown their support on the massive magnitude level, and a few weeks ago his family held a public memorial service.

Fans from across the nation have been bonding together in remembering his name, and his team plans to do the same. Today they release the official XXXTENTACION Memorial Merch which is now available for sale.

The apparel debuted via X’s IG story, with his team stating “we wanted to give fans the ability to own and wear a piece of Jah’s artistry while also supporting his legacy”. The merch includes a spectrum of different clothing, and it’s all available for purchase over at shopxxxtentacion.com. Peep the catalog of clothing items below and see what you think. 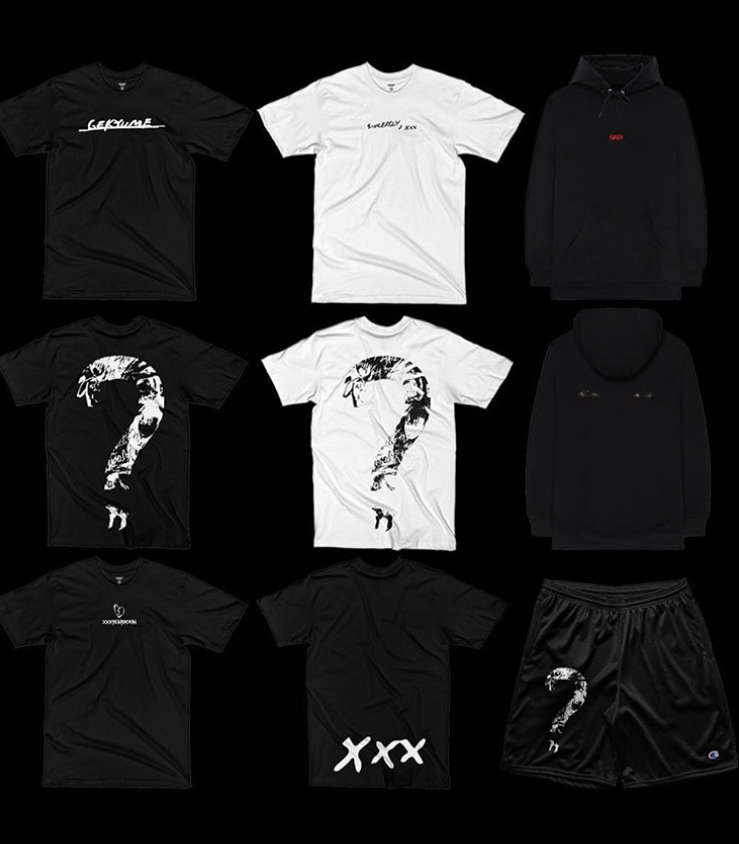