Ever since Young Thug dropped Hear No Evil back in April, fans have been teased by his label YSL for the release of his next album. Well look no further, it looks like like the project is dropping next week.

Two weeks ago, YSL took to their Instagram account stating that Slime Language is on the way, and today Young Thug Tweeted out the official release date. The project is set to drop this Sunday, July 13th.

Thug’s Tweet has since been deleted, which may allude to false date if his label decided against the 15th. However, we can still expect the project within the next month if it doesn’t end up dropping on Sunday. Check out Young Thug’s deleted Tweet below, and be on the lookout as we get more details on the album. 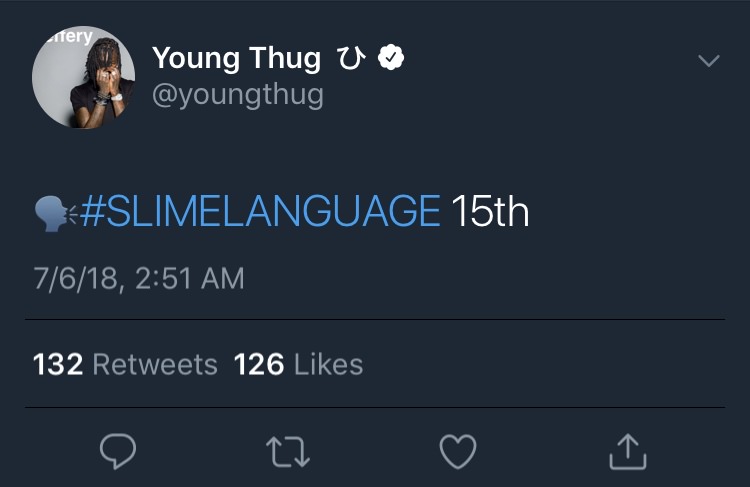